As pioneers of the super-premium set increasingly referred to as “third-wave coffee,” Stumptown Coffee Roasters and Intelligentsia Coffee have long stood for high-quality, robust java. Revered by a growing consumer base of millennial and affluent consumers, Stumptown and Intelligentsia, each of which operate both retail cafe and packaged coffee businesses, both took a consciously measured approach to expansion, cognizant of their niche appeal, premium image and pricing. 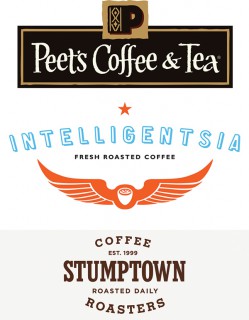 Despite the recent acquisition of Stumptown and the purchase of a majority stake in Intelligentsia by larger premium coffee roaster and retailer Peet’s Coffee & Tea, that strategy won’t change, according to Peet’s president Dave Burwick. Instead, the deals, both announced in October, represent an effort by Peet’s “to capture more than [its] fair share” of a booming market for small-batch and high quality coffee by offering “differentiated craft coffee brands with unique propositions and appeal,” Burwick said in a statement.

“The growth of the super-premium coffee market continues to explode in the U.S.” he continued. “It’s driven by 18-34 year-olds who are more affluent, purchase premium brands from other categories like craft beer and pressed juice, and seek variety and new experiences.”

For Peet’s, that means relying on the current management teams at Stumptown and Intelligentsia, who are brimming with expertise in roasting, consumer engagement and, in the case of Stumptown, cold-brew coffee production, to stay the course.

“Our plan is really ‘no change,’” said Stumptown president Joth Ricci. “We will really have the opportunity to learn from each other or utilize different advantages that each of us bring along the way. But we’ll run as two very separate companies. For our team, it’s kind of business as usual.”

And while Peet’s, which operates over 250 retail cafes and sells packaged coffee beans at grocers across the U.S., will offer Stumptown and Intelligentsia access to its operational expertise, its sourcing capabilities, and its broad distribution network, the growth strategies for the brands depend on Peet’s ability to scale their boutique feel.

“That’s where a lot of the value of Stumptown lies,” said Michael Schaefer, Head of Beverages & Foodservice at market research firm Euromonitor International. “If you look at Stumptown or Blue Bottle or Intelligentsia, their stock in trade, the whole brand message, is ‘This isn’t just a cup of coffee. We’re trying to find the best cup of coffee you could possibly have whether it’s iced, whether it’s drip coffee, whatever.’ And that’s so fundamental to what they’re doing and why people like the product that I think it’s very risky to have any kind of strategy that involves building 500, 600, 800 Stumptown stores.”

Burwick concurs. He describes Peet’s as “a national, mainstream, premium brand with scale,” noting that a 12 oz. bag of its coffee beans sells on average for $9.99. Stumptown, on the other hand, is “more of a super-premium niche brand” that retails for an average of $14.99 per bag.

“It’s never going to be as big as Peet’s,” Burwick said. “We’d kill the brand if we made it as big as Peet’s. We want it to be special and very targeted in how we market it.”

Along the same lines, Doug Zell, founder of Intelligentsia Coffee, notes that his company “is built on the vision of creating a remarkable coffee experience,” where “each step of the process is considered and is as important as the step that preceded it.” Zell, who began his coffee career at Peet’s, lauded the company as one that “respects our vision and shares our same values.”

Burwick is adamant that there will be no overlap between properties: Stumptown and Intelligentsia products will not be sold at Peet’s stores and vice versa. He noted the importance of having “each brand maintain its uniqueness and its specialness and not be co-mingled or confused with others.”

“A consumer should never walk into a Peet’s store and see Stumptown Cold-Brew; it confuses what the two brands stand for,” he said. “They’re very different brands. They’re both very successful brands. Peet’s is growing 20 percent year-to-date. It’s got a lot of life. It’s doing very well. But it’s a different proposition. The consumers overlap, but then they don’t.”

One product that Burwick believes ties those consumers together is cold brew coffee. Prepared by steeping coarse-ground beans in temperate or cold water for 12 to 24 hours, cold brew has exploded in demand: long a staple in independent cafes, it was launched nationally as an in-store offering at both Starbucks and Peet’s in the last year.

Burwick estimates that on-premise sales of cold brew coffee sold at restaurants and cafes is already a “$400-500 million” business and is in the midst of a remarkable trajectory.

“Cold brew is to ready-to-drink coffee as craft beer is to mainstream domestic beer,” he said. “It’s higher quality, more flavorful, more relevant to consumers who really care about quality. I’m very confident it will continue to grow dramatically.”

How dramatically? Burwick sees cold brew as evolving into a $1 billion business within four to five years. And while on-premise sales represent the primary driver of current sales for cold brew coffee, demand for packaged offerings is surging. That was another one of the reasons the company bought Stumptown, which already has a leading RTD brand. (And in keeping with the craft brew analogy, also sometimes sells limited-edition, high-priced cold brews that look the part of a craft beer holiday release).

“We saw it with energy drinks, we saw it with pod coffee, we see it with iced coffee now through coffee shops, a willingness to spend that kind of money every day on coffee, on caffeine, on your daily jolt,” said Schaefer, of Euromonitor. “I think it’s important when looking at cold brew in particular that it’s as much a functional product as much as it is a refreshing, indulgent product. And there’s definitely been a willingness by Americans in recent years to pay for that.”

It’s a big part reason why Peet’s, leaning on Stumptown’s proficiency in production and distribution, is gearing up for a branded product of its own. Burwick sees the category for packaged cold brew as “big enough and growing fast enough that we easily can play with more than one brand – and we will.”

When and if it releases its own brand, however, alongside the Stumptown ramp-up, it enters an increasingly diverse and fast-growing set of cold-brew offerings.

Chris Campbell, CEO of Chameleon Cold-Brew, which markets bottled cold brewed coffee concentrates and ready-to-drink formulations, said he sees tremendous sales potential for the beverage, despite an education gap for many consumers on the differences between cold brew and regular iced coffee. 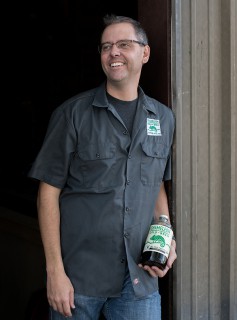 “It’s still a battle that we’re fighting,” Campbell said. “The good news is it’s getting easier, we’re getting more customers at the sampling table. Many are grasping the concept behind its formulation. That is encouraging for us, because that’s the really super key point of differentiation.”

Like Burwick, Campbell draws comparisons between cold brew and craft beer, noting that for both categories, as consumer education and awareness grows, so does the opportunity for many brands to be successful.

“Once somebody understands what a craft-brewed IPA is – the foundation – there’s still a ton of variety within that style, and there’s room for multiple players to play well and win,” Campbell said. “It’s this combination of everyone taking a slightly different approach to the category. Then you’ve got retail storefront awareness building and driving consumption. And from our perspective, it also yields a product that, once consumers try it in whatever form, there is some sort of typically better tasting or better-for-you angle to what everybody’s doing. And everybody’s delivering a product that’s decent.”

Rife with a variety of formulations and flavors, cold brew is thriving at natural channel grocers like Whole Foods, whose cooler set includes RTD and concentrate products from Chameleon, Stumptown, Califia Farms, Hiball and High Brew Coffee, all of which are distributed nationally at the retailer. Similar to its cold-pressed juice offerings, Whole Foods sells its own in-store prepared bottles of cold brew, and also carries a range of brands on a regional level, including Grady’s Cold Brew and Kohana Coffee.

Campbell is bullish for continued expansion of the cold brew coffee set, particularly in the mass and conventional channels, where a number of brands are gaining steam at retailers like Target and Kroger.

“I think it’s kind of a perfect storm of rising consumer awareness, a variety of good quality offerings at a variety of price points, and at this point available in thousands of doors,” Campbell said. “If you take everybody’s distribution and combine it together, it’s pretty easy to find a cold brew coffee of some sort.”

Chameleon is just one of a series of brands who also have investors placing bets on their behalf. Boulder Food Group (BFG) an investment firm focused on early stage food and beverage consumer product companies, earlier this year injected $4 million into Chameleon. Campbell, who praised BFG’s involvement and “proven track record” with brands including Bear Naked and evol Foods, said that the funding will be used for staffing in all aspects of the business. Meanwhile, Califia received a huge injection of cash this fall, with Stripes Capital backing the company to the tune of $50 million, while High Brew also recently finished a funding round.

Angling to maintain a leadership position in the RTD cold brew category, however, might be a moot point if Starbucks gets into the mix. While the company continues to expand its Frappuccino, Doubleshot and iced coffee lines, Starbucks has yet to wade into packaged cold brew. Nevertheless, Campbell is less concerned with the likelihood of a competing product from Starbucks than he is of a poorly formulated offering, one that would cast a shadow over the entire category.

“From our perspective, there’s still a ton of upside,” he said. “We see Starbucks’ entry as something we’re definitely going to pay attention to. I think the biggest risk to the category is that they come in with something that tastes bad. As long as they don’t come in with something that tastes bad and it’s not going to turn new customers off from ever going down a cold brew path with another brand, then it’s probably good for us.”