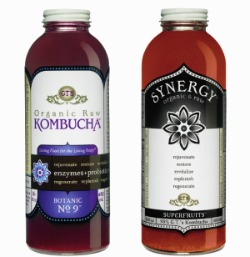 The uproar over fermentation of Kombucha products might have ended last summer, but apparently the lawsuits dragged on for another year: within the past month, both Millennium Products and Honest Tea have settled class-action lawsuits claiming that the two companies misled consumers about the alcohol content in their Kombucha beverages.

For both Millennium Products, the makers of GT’s Kombucha and GT Synergy, and Honest Tea, the settlements will resolve two separate lawsuits alleging that each company falsely stated its Kombucha beverages would contain “a trace amount of alcohol (less than 0.5 percent).” Both companies settled the lawsuits to avoid further litigation.

Millennium – among several other kombucha beverage manufacturers – was forced to pull its products from shelves in June of 2010 after investigators in Maine, found that its beverages contained four to five times the 0.5 percent cap, a threshold regulated by the Alcohol and Tobacco Tax and Trade Bureau (TTB).  The company was forced to submit proof that its products were below 0.5 percent alcohol-by-volume and soon reformulated and reintroduced its line of drinks.

As part of its settlement, Millennium Products denies that it intentionally misled consumers about the alcohol content in its beverages, but the company agreed to provide full cash refunds to class members of the lawsuit who purchased the beverages in the U.S. between September 8, 2006 and September 1, 2010 and can provide proof of purchase that shows exactly when and where the beverages were purchased. Those who cannot provide proof of purchase can file a claim to receive up to $6 in coupons toward the purchase of “Enlightened GT’s Kombucha” or “Enlightened Synergy” beverages.

The financial terms of the settlement have not been disclosed and calls to GT Dave, the owner of Millennium Products, have not been returned. 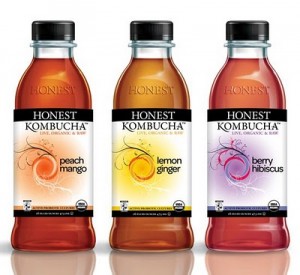 Though Honest Tea also denies allegations of wrongdoing in its lawsuit, the company will issue a cash refund and a $1 coupon for each dollar paid for the now-defunct Honest Kombucha to individuals who file a claim and have a valid proof of purchase for between October 29, 2006 and October 3, 2011. Consumers who do not have proof of purchase will receive a $1 coupon for each $1 paid. Though Honest Tea no longer carries a line of kombucha drinks, the coupons can be used for any other Honest Tea products. A maximum of $7 in coupons will be issued to any individual. Honest Tea is now owned by the Coca-Cola Co., Inc.

In an interview with BevNET, Seth Goldman, the president and TeaEO of Honest Tea, expressed frustration and disappointment regarding the lawsuit. Nevertheless, Goldman explained that – for Honest Tea – the settlement was a “containment of risk.” He said that the company took into consideration the number of people that would submit a claim for a refund and based on that number the final cost to Honest Tea would be open-ended.

Despite reformulating its kombucha drinks in August 2010, Honest Tea found that the level of alcohol in Honest Kombucha – when left at room temperature – increased beyond 0.5 percent. Citing the difficulty in maintaining legal alcohol levels, Honest Tea discontinued the line in December 2010 and Goldman said it was unlikely that Honest Tea would be getting back into the Kombucha category any time soon.

“Maybe things will change in the future, but we don’t have too much of an appetite [for Kombucha],” Goldman said.

Millennium Products, on the other hand, has thrived on the popularity of GT Kombucha and GT Synergy. The company remains the undisputed category leader though Kombucha products as whole are selling at a torrid pace. As reported in a recent cover story in Beverage Spectrum, sales of Kombucha drinks grew by 28 percent in 2010 and are projected to jump 60 percent this year in the natural channel, according to data provided by SPINS. Total sales in the category are estimated to reach $200 million this year and hit $500 million by 2015.