Hot on the heels of Pepsi NEXT, the Coca-Cola Co. is rolling out a pair of mid-calorie CSDs of its own, taking Sprite and Fanta into 70-calorie cans sweetened with a mix of sugar, stevia and erythritol. 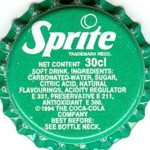 The product, called Sprite Select and Fanta Select, will be distributed over the summer in limited markets in Detroit, Memphis, Louisville and Atlanta, but there are no national rollout plans according to the Associated Press.

Pepsi NEXT is a mid-calorie version of PepsiCo’s flagship cola; it was recently pushed into national distribution following a limited rollout of its own; both companies have tried mid-calorie products in the past, with Coke’s C2 and Pepsi’s Pepsi Edge.

Full details are in the AP report.