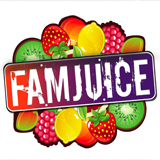 Philadelphia—Rick Clancy and Kyle Lowry have been playing to win for 15 years—first on basketball courts, now at grocery store cash registers. The latest phase of this mentor-protégé relationship began last year, when Kyle decided to expand his career horizons beyond the NBA to entrepreneurship.

“I wanted to do what Rick has done: own a successful business,’” said Lowry. “I knew I could trust him to help me do that.”

Clancy, founder of Wholesale Ice Cream, a Philadelphia distributor of ice cream and beverage brands such as Nestle and Haagen-Dazs, felt that the inner city communities he served needed a line of high quality, flavorful and reasonably priced beverages. He and Kyle agreed to form Clancy Lowry Ventures to fill that need.

Leveraging Clancy’s existing relationships, FAMJUICE entered the market with the strength that would have been impossible for other start-up companies. The company formed an unprecedented strategic partnership with industry giant Wawa to private label the drinks. After teaming with Wholesale Ice Cream and Jack & Jill, the area’s leading direct store delivery company—a partnership that provides access to more than 20,000 retail outlets in Philadelphia, New Jersey and Delaware—Clancy Lowry launched its FAMJUICE™ refrigerated teas and juice drinks in June. Within weeks, retailers were reporting that they couldn’t keep up with the demand.

Clancy Lowry further fortified the product launch with an aggressive print, broadcast, online and transit advertising campaign, event sponsorships and grass roots marketing that quickly put FAMJUICE on the tongues of the targeted consumers. Shortly, they will introduce a larger 32-ounce size to quench consumers’ thirst for FAMJUICE.

“He was little!” said Clancy. “He was a little scrapper. To this day, his nickname to me is Scrap. That’s what I call him. He was very much a competitor, a warrior—even as a little kid—fierce determination.”

Clancy, who had two sons on the team, took Kyle under his wing. He became his coach, mentor and sounding board through more than 1,000 Amateur Athletic League (AAU) games through Kyle’s elementary and high school years. Kyle’s fierce determination to win netted the team dozens of championship victories.

When Kyle had an opportunity to enter the NBA draft following his sophomore year at Villanova University, Clancy was among advisors who told him to go for it. Clancy was just as supportive when Kyle approached him about a business partnership.

Once again, they’re working together for a victory. The first goal is to dominate the market in the Tri-State area. Long-term plans include expanding the FAMJUICE brand across the country.