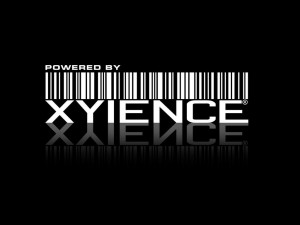 LAS VEGAS (April 12, 2012)—XYIENCE Xenergy has secured a prime chunk of real estate for its logo — the center of the octagon mat for UFC® on FOX Diaz vs. Miller, set for Saturday, May 5, 2012. The UFC’s third televised network broadcast on FOX will air live from the Izod Center in East Rutherford, N.J., and will be headlined by a five-round lightweight bout between Nate Diaz and Jim Miller. XYIENCE.com will also appear on the bumpers of the octagon during the event.

To gain perspective on what this means in terms of reach for XYIENCE Xenergy, the November 12, 2011 UFC debut on the network, UFC on FOX Velasquez vs. Dos Santos was ranked No. 1 among men aged 18–34. It also delivered more viewers of a younger age (35), and a higher concentration of males, than other live sports on broadcast television. The XYIENCE Xenergy logo could be found on the perimeter of the mat during that broadcast.

XYIENCE Xenergy, the official energy drink of the UFC, recently made significant gains in its retail presence in the New York metropolitan area. A series of distribution partnerships, including Oak Beverage Distributors and Boening Brothers in New York and High Grade Beverage, Fisher Thompson and Nash Beverage in New Jersey, give the brand potential access to thousands of retail outlets and millions of consumers in the area.

To further support brand awareness in the region, on Friday, May 4, XYIENCE team athlete Matt “The Terror” Serra will make an appearance at Heights Beer and Wine Emporium, located at 69 Rt. 17 South in Hasbrouck Heights, N.J., from 5:30 to 7:00 p.m. Serra is a former UFC welterweight champion with a huge fan base in the tri-state area. He will make another appearance, on Saturday, May 5, from 10:00 to 11:30 a.m., at Quest Fitness, located at 75 Route 17 South, also in Hasbrouck Heights.

Headquartered in Las Vegas, XYIENCE has products that are designed to support an active and healthy lifestyle. For more information, please visit XYIENCE at www.xyience.com or connect with XYIENCE on Facebook, Twitter or YouTube.