The thing to remember here is that In Zone wasn’t doing badly.

The brand, best known for its distinctive “toppers” – toylike straws molded in the image of kid-friendly licensed characters sitting atop toddler and kid-focused juice drinks — has been on an upward trajectory over the past several years, after taking the time to go quiet and rework its distribution strategy in 2007.

Playing at the “nexus of healthy and fun,” revenues had gone past $70 million in channels like Wal-Mart, convenience, and grocery. There was nothing wrong. 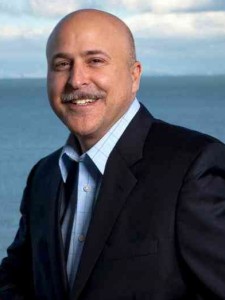 That’s why it took some people by surprise when word emerged that the Atlanta-based company was rebooting its entire lineup, changing the name of the line of juice-based kids’ beverages from Belly Washers and Tummy Ticklers to a new brand called “Good 2 Grow.” But the brand’s on a mission.

The company will continue to utilize its licensed properties — like Hello Kitty, Thomas the Tank Engine, and Bob the Builder – as the main marketing vehicle, but, behind newly-hired CMO Carl Sweat (late of FRS and a former Coca-Cola Co. executive) In Zone has recently been on a road show to let retailers and distributors know that they are moving the platform even further into the healthy beverage segment.

“We’re trying to turn it into a great purpose-based company,” Sweat told BevNET, saying that the move was at the behest of In Zone founder and serial entrepreneur Jim Scott. So on tap are fruit-and-vegetable blend juices that are capable of lowering the caloric profile of the product from 90 to 55 or 60 calories per serving. And that’s just this coming year. Next year, the company plans to release even lower-calorie enhanced waters, and will move into dairy in 2015.

“We’re expanding our ability to deliver a better-for-you product,” Sweat said. “The plan is to help kids live happier and healthier lives.”

The new brand launches at the National Association of Convenience Stores later this week and will be on shelves by March 2014.

Tasked with the assignment soon after starting work with In Zone, Sweat said the brand had looked hard at its customer base and tried to figure out how it move the brand into a contiguous set of consumers. While the brand’s current consumers – shoppers who tended to want to please their children — responded well to the idea of the characters, the products, while comprised of 100 percent juice, didn’t appeal to more health-focused consumers.

“They wouldn’t look at the core packaging,” Sweat said of the health-focused moms, who tend to shop at Kroger, Stop & Shop, occasionally Whole Foods. “Let’s face it, ‘Bellywasher’ connotes candy to a certain extent, and the toppers with characters didn’t resonate as something they thought would be good for kids.”

With the characters still riding atop the bottles, however, quantitative research supplied by research firm Affinova and focus groups from both the current and targeted moms’ groups found the healthier “Good 2 Go” formulation and positioning more appealing. For retailers, Sweat argues, the ability to add a new product to the juice aisle — 6-packs of replacement bottles — with a higher margin, repeat business (the characters are like a razor, and the bottles are swapped in like disposable blades, he said by way of analogy) should be apparent.

“Everyone is happy from single-serve side – the characters are high-margin,” he said. “But we’ll be able to compete with cartridge packs against the juice boxes.”

New licensed products will include tie-ins with an upcoming Teenage Mutant Ninja Turtles movie, as well as the Star Wars characters that are now owned by Disney. For fans of the older collectibles, however, don’t worry: the company will keep all juice bottles backwards-compatible. So Bob the Builder will still have a perch.