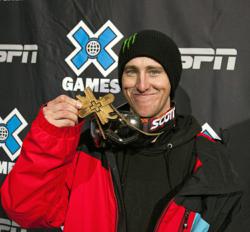 The world-class Monster Energy team is ready to unleash as X Games Aspen 2013 gets underway in Aspen, CO this weekend. A huge number of Monster Energy athletes have scored prestigious invites to compete in events across Skiing, Snowboarding and Snowmobiling. The excitement goes down Thursday, January 24 through Sunday, January 27 at Buttermilk Mountain.

The field is stacked with Monster athletes in Men’s Snowboard Slopestyle. Sage Kotsenburg, Peetu Piiroinen, Gjermund Braaten, Alek Ostreng, and Halldor Helgason have all earned invites. Kotsenburg and Piiroinen held it down last year with clutch silver and bronze finishes—look for more excitement from them this weekend.

In Women’s Snowboard Slopestyle, young Norwegian, Silje Norendal will be joined by Jamie Anderson, a massive talent in women’s snowboarding and who’s back at X to defend last year’s gold, her 6th career medal in slope and first since ’08. She’s certainly the one to look out for this year.

In Men’s Snowboard Superpipe, new Monster Energy athlete, Iouri ‘I Pod’ Podladtchikov will be out for gold. One of the top pipe riders in the world, he’s the first to pull a switch backside double cork 1260, plus he’s got some secret new tricks ready for X. Monster Energy teammates Christian Haller, Ayumu Hirano and the always-exciting Kazuhiro Kokubo will join him in the X Games pipe.

Kaitlyn Farrington, a Sun Valley native and 2012’s Grand Prix champ, fresh off her Breckenridge Dew Tour victory, will be representing Monster Energy on the women’s side of the Snowboard Superpipe.

In Snowboard Big Air, the extremely versatile Norwegian Gjermund Braaten has been invited alongside the laid back Halldor Helgason, who took Big Air gold in 2010.

In Snowboard Street, look out for Dylan Thompson, a rider that’s undoubtedly creative on the streets as seen in his 2012 online film part, Clipped Up. He just may have what it takes for the X Street Set-up.

Over in Skiing Big Air, Monster Energy will be represented by Tom Wallisch, Alex Schlopy, Jossi Wells, and Henrik Harlaut. In 2011 Schlopy took the Big Air Gold, and last year Wells took the Bronze when he nailed a huge switch double cork 1260 over the massive Big Air step-up gap.

In Men’s Skiing Slopestyle, look out for Henrik Harlaut, James Woods, Alex Schlopy, and Tom Wallisch, who’s back in Aspen to defend last year’s incredible Gold—he took it in a suspenseful final where he pulled a switch right 900 mute, double cork 12 mute, and a switch double corked 1080 Japan in his way to victory.

In Women’s Skiing Slopestyle, keep your eyes on Keri Herman who just won the Slope U.S. Grand Prix at Copper Mountain, and always seems to finish strong, including Silver just two years ago in Slope at X Games.

In Men’s Skiing Superpipe, French Hellman Kevin Rolland will be looking to return to the top of the podium after pipe Gold in 2010 and 2011. Unfortunately, Justin Dorey, who is always a threat and just won the Dew Tour Breckenridge, will not be competing this year because of a shoulder injury sustained this week.

Over in Women’s Skiing Superpipe, young Brita Sigourney and recent Breck Dew Tour champ will be back to continue her impressive Winter X record that includes silver in 2011 and a bronze last year.

Heath Frisby and Joe Parsons are back for more in Snowmobile Freestyle Best Trick. Last year the duo doubled down on the X podium after Frisby landed the first-ever snowmobile front flip in competition and Parsons landed the Gator Wrestler, a psychotic backflip variation. Both riders will also be competing in Snowmobile Speed & Style where they’ll be joined by Monster Energy teammate Cory Davis.

In Snowmobile Snocross, Tucker Hibbert, Cory Davis, and Kody Kamm will hold it down for Monster, while Doug Henry and Paul Thacker will represent in Adaptive Snowcross.

Stay glued to monsterenergy.com throughout the four days of competition. The Monster Energy crew will be in Aspen to keep the site loaded with exclusive photos, videos, and behind-the-scenes updates as they happen.