Cramps befell LeBron James of the Miami Heat in Game 1 of the NBA Finals, forcing him to sit on the bench for the last four minutes of the eventual loss to the San Antonio Spurs. Spectators’ roars of  “beat the Heat!” bore added significance — a power outage in the Spurs’ AT&T Center knocked out the air conditioning, elevating the on-court temperature to more than 90 degrees.

While most seemed to attribute James’ cramps to the high temperatures, Gatorade flipped an odd circumstance into a marketing ploy. Keep in mind: James endorses Powerade. 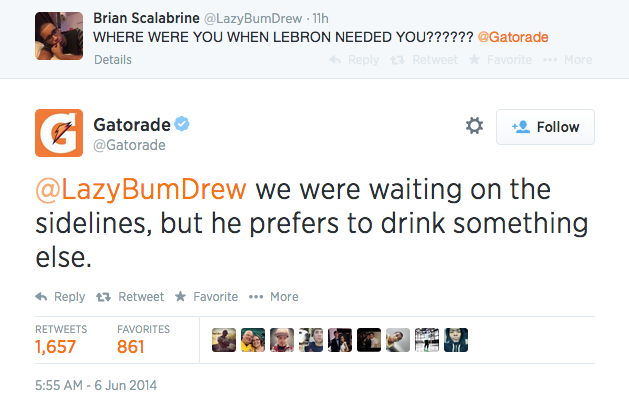 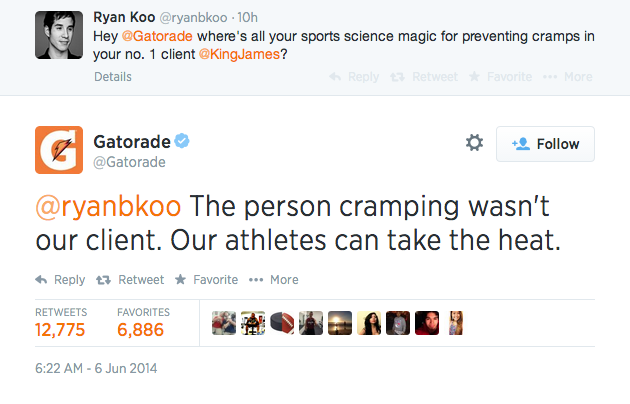 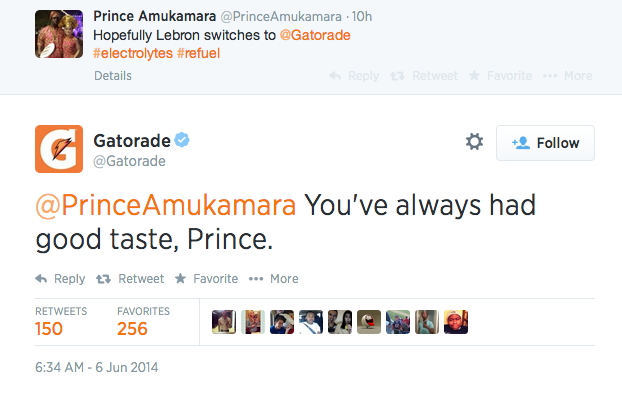 Meanwhile, Powerade celebrated James’ postseason success before the game and hasn’t tweeted since. The company’s silence has led to a social media field day for the #haters. 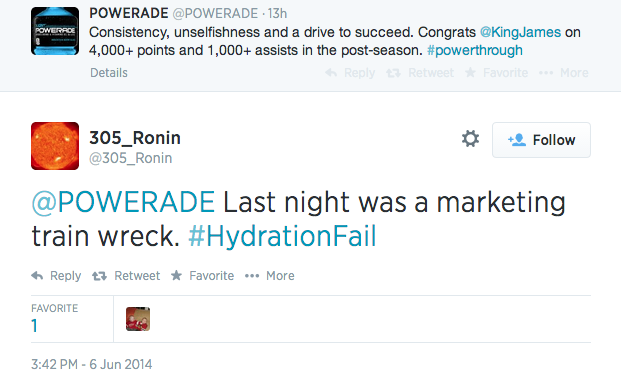