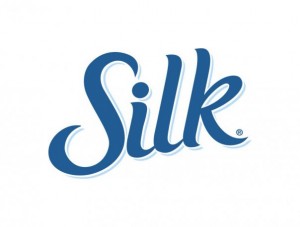 As non-dairy milk alternatives continue to carve out space on retail shelves, one of the category’s biggest players is reaping the profits.

While much of the sales spike can be attributed to the company’s December 2013 acquisition of Earthbound Farm, a swiftly-moving fruit and vegetable brand, it can also be linked to the velocity of WhiteWave’s range of dairy options.

The company’s North America plant-based food and beverages platform, which includes Silk soy milk, almond milk, coconut milk and soy yogurts, increased 13 percent from the second quarter of 2013 to this past quarter. Silk almond milk had a particularly strong showing, increasing sales by 45 percent in the second quarter of 2014, compared to the same quarter last year.

“The increasing cost leverage as a result of our growth, along with the benefits we are starting to realize from the investments in our supply chain, led to strong operating margin expansion in the quarter,” CEO Gregg Engles said in a release. 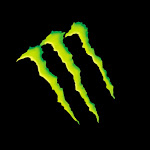 Over the past few years, we’ve often been able to count on Monster Energy in the news for two reasons: innovation and litigation. In the past few months, the company has announced (or hinted toward) the release of Muscle Monster, a protein-packed energy offering, as well as Ultra Sunrise and Monster Unleaded.

The company also reportedly reached a settlement in a Durant, Okla., lawsuit in which it was accused of contributing to a youngster’s heart attack.

And just as it has always done since switching from HANS to MNST, Monster keeps on pushin’. The company’s gross sales for the second quarter increased to $779 million, a 7.6 percent increase from $723.9 million from the same period in 2013.

“Sales of our original green Monster Energy drink continued to grow in excess of reported growth for the energy category over that period,” Monster CEO Rodney Sacks said in a company release.

Yet, despite the core line’s sturdiness, it’s the innovation that has drawn plenty of attention to the brand. In a recent call with investors, Sacks said that Ultra Sunrise is similar to “The Doctor,” a citrus-flavored energy drink sold in Europe that dons the nickname of motorcyclist Valentino Rossi. The Doctor is a full-calorie drink, compared to the low- or no-calorie Ultra Sunrise, which Sacks said could land European distribution after the product further develops in the market place.

Jones Soda and Celsius Revenues Down

Jones Soda and Celsius Holdings, two companies in the middle of significant organizational shifts, reported revenue losses in the second quarter of 2014.

Celsius, which is ambitiously transitioning international production to Dusseldorf, Germany, announced that its second quarter revenue decreased by 10 percent to $2.7 million, compared to $3 million in 2013. The company’s international revenues decreased 25 percent to $1.1 million, which Celsius attributes to “unforeseen delays in manufacturing due to mechanical issues and a reduction in inventory lead times,” according to a company release.

Meanwhile, Jones Soda had a similar drop, with revenues decreasing by 9.5 percent to $3.9 million, compared to $4.3 million in the second quarter of 2013. The company’s gross margin decreased to 22.5 percent of its revenue, compared to 28.8 percent of revenue last year. In a company release, Jones Soda attributes this change to higher costs of commodity glass and special packaging for a major retail chain.

“We have made some key investments in the second quarter of 2014 that impacted our net loss,” CEO Jennifer Cue said in the release. “However, these were mission-critical expenditures to build new distribution in certain regions and to foster a growing relationship with a major international retailer.”