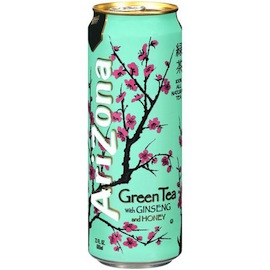 The ruling came in, but the fighting hasn’t stopped, and at least AriZona is considering an appeal, according to statements issued by the law firms representing parties in the breakup of the founding partnership of AriZona Beverage Company.

In response to Tuesday’s ruling that the company should pay about $1 billion to buy out the half of the business owned by co-founder John Ferolito, both parties have provided BevNET with statements.

“We are grateful for today’s decision that draws years of protracted, unnecessary litigation to a close. The court’s message is clear: the legal and business shenanigans in the valuation of Arizona Iced Tea must end.

John Ferolito built Arizona Iced Tea into a multi-billion dollar company and one of the most sought after beverage companies in the world. World-class companies like Coke, Nestle and Tata have pursued acquiring the company for years. While we believe his 50% interest is worth considerably more than $1.02 billion awarded by the court, it is pay day for John Ferolito. He also prevailed in securing prejudgment interest — something Don Vultaggio vehemently opposed — at approximately $185,000 per day. Should a frivolous appeal be sought by Vultaggio, the prejudgment interest will accrue at over $250,000 per day.

John Ferolito is proud of the company he founded. He looks forward to moving on and continuing his legacy of being a success story and creating value.”

“AriZona welcomes the fact that the Court rejected the insane and fabricated valuations proposed by Ferolito while recognizing the true uniqueness of AriZona. Certain serious issues remain, which need to be fixed by the Court or on appeal.  The Court specifically said that it will address ‘the ability of AriZona to pay’ in a later proceeding – in a way, we trust, that will protect the jobs and livelihoods of nearly 1,000 employees.”

Justice Timothy S. Driscoll of Nassau County reached the amount owed to Ferolito after finding that Beverage Marketing USA, Inc., the company that produces and distributes AriZona iced tea and its entities were worth about $2 billion in 2010.

Reuters reports that Ferolito, who has established a trust for his son, had argued that the company was worth $3.2 billion, as evinced by offers from Tata Global Beverages Ltd., Nestlé S.A. and The Coca Cola Co. to purchase AriZona in the past. Don Vultaggio, the other co-founder and the chairman of AriZona, had said the company was worth about $426 million.

In his decision, Driscoll wrote that both parties will return to court on Nov. 3 for further proceedings.