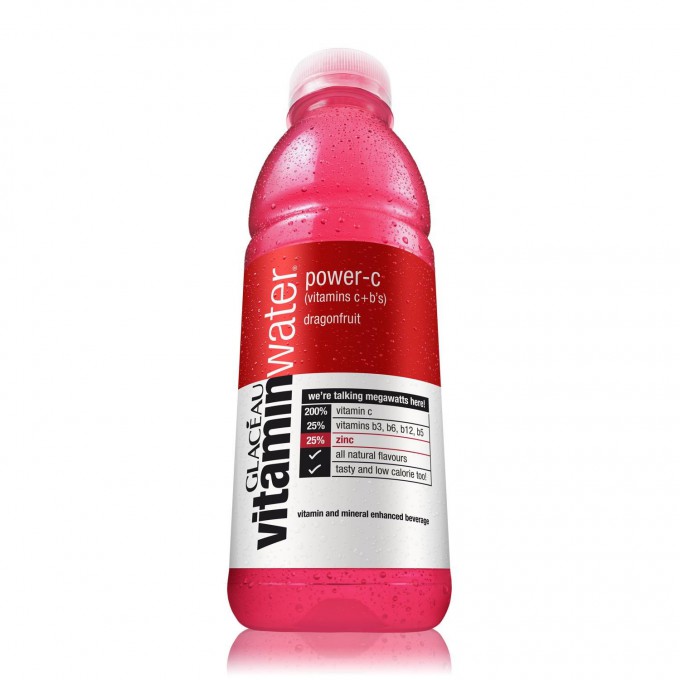 Visit the vitaminwater Facebook page and you’ll find that its columns are built with anger of the once faithful, the translations of betrayal and shock. All this because vitaminwater has begun using a blend of cane sugar and stevia, the polarizing natural sweetener that’s free of calories and carbohydrates.

The new sweetener blend, which replaces the former mix of cane sugar and crystalline fructose, is now used in the base formula of vitaminwater’s full-calorie products. The new formula began hitting shelves in May, according to a spokesperson from Coca-Cola, which owns the enhanced water brand. Consumers can expect full distribution of the newly formulated vitaminwater within the next few weeks.

The sugar/stevia blend is not used for vitaminwater zero products, and the recently-restaged vitaminwater energy is already made with a blend of cane sugar and stevia, so no change has taken place with that line.

“At vitaminwater, we are always innovating and evolving both our products and our packaging,” the company spokesperson said. “As such, we’ve refreshed the formula so that it’s sweetened with a blend of cane sugar and stevia leaf extract.”

As the brand’s health-focused angle has faded over the years, giving way to a newer wave of functional, better-for-you beverages, sales of vitaminwater have steadily been in decline. According to Symphony/IRI, a Chicago-based market research firm, year-over-year sales of vitaminwater declined by 17.39 percent in the 52 weeks ending on March 23.

Alas, because of vitaminwater’s declining state going into the sweetener change, the backlash may never mirror the scale of the New Coke fiasco. Yet even so, the consumer responses are just as venomous. 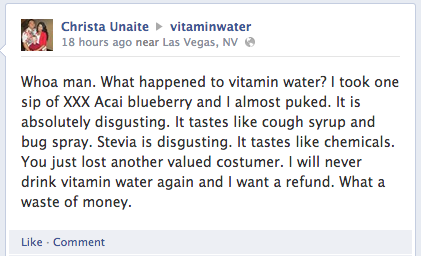 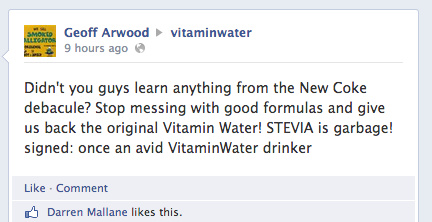 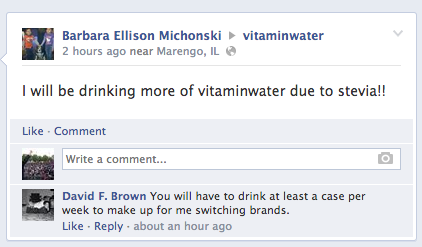 In response to the negative feedback, the Coke spokesperson said:

“We love hearing from our consumers and have been listening via social media and our consumer call line.  Our consumers have always been passionate about vitaminwater and we plan to continue to engage in conversations in order to hear what they think and to, most importantly, provide them with a great-tasting nutrient enhanced water beverage that they enjoy.”

Meanwhile, the outcries and misunderstandings of stevia (some publications believe it’s artificial) have done no favors to companies like Coke and PepsiCo, which have tested stevia-sweetened colas in overseas markets. Based on the barrage of criticism regarding the newly formulated vitaminwater, it appears that stevia’s reputation in the U.S. has taken a substantial beating, one that a portion of American consumers likely won’t forget too soon.