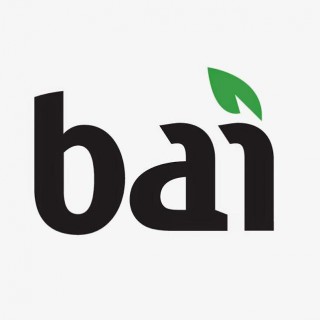 Bai Brands, which has seen sales and distribution of its coffeefruit-infused beverages grow at a torrid pace in recent months, has signed a lease agreement for a 240,000 sq. ft. building in Bordentown, N.J. Formerly used as a plant and distribution facility by fruit grower-owned cooperative Ocean Spray, Bai will use the space as a warehouse and logistics center.

Bai Brands CEO Ben Weiss told BevNET that the company “completely outgrew” its current infrastructure and will begin using the new space on August 1. Bai will continue to co-pack its beverages at another facility (Weiss noted that Bai drinks are the only products produced at the location), but the Bordentown facility will allow the company the space needed for near- and long-term growth. While the company has dramatically increased in size, Weiss identified Bai as maintaining a very hands-on approach to operations, saying “every case we touch; every batch, we taste.”

Weiss called the addition of the Bordentown facility, “a symbolic changing of the guard” as Bai takes over a space that was once occupied by Ocean Spray. The Journal reported that Ocean Spray had ceased production at the plant in 2014, laying off 135 workers (approximately 100 transferred to a nearby facility). Bai CMO Michael Simon told The Journal that Bai is currently interviewing some of those former Ocean Spray employees. Bai will staff 50 people once it opens the new space and expects to hire an additional 50 within a year.

The news comes two months after Dr Pepper Snapple Group, the primary distributor for Bai beverages, acquired a minority stake in the company for $15 million. Dr Pepper Snapple’s investment gave it a 3 percent ownership position in Bai based on a valuation of $500 million. After $50 million in sales to its wholesalers in 2014, Weiss said that Bai is forecasting 2015 sales to reach $125 million.