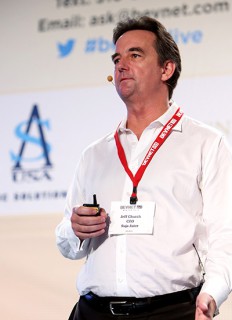 That’s the assertion from the company’s CEO, Jeff Church as the fast-growing juice brand officially announced its sale of a minority stake to the Coca-Cola Co. and Goldman Sachs’ merchant banking wing this morning.

The deal, which will put $90 million into investors’ pockets in exchange for 30 percent of the company, will put Suja on the refrigerated trucks of Coke’s Odwalla juices, while also providing financing from the investors for a new manufacturing facility near the company’s San Diego headquarters. For Coke, the investment is expected to give the company an important partnership in a new healthy beverage category that is gaining traction with the growing cohort of consumers that are choosing to put down the soda giant’s core soda brands in exchange for less-sugar-laden products.

The access to Odwalla and the fast-tracked capacity construction is expected to increase the company’s distribution footprint by up to 50 percent in the next year, Church noted, allowing it to fulfill an imperative to make organic, high-pressure processed juices available at a reasonable price to millions of new consumers. Additionally, he said, it keeps Suja independent.

“We have complete control over our business,” Church said. “That’s important to me and to the team; we’ve all seen the times when a big company swallows up a small company and the mission of the small company gets lost. The hope is that the synergies will outweigh that stuff.  We’re hoping to get the best of the big company and not lose the best of the little company.”

In an interview with BevNET, Church spoke passionately of the company’s sub-$4 Essentials line as the way Suja, and, by extension, Coke, can create an affordable path to fulfilling demand for organic products. He noted a study by the Gallup organization that 45 percent of the U.S. population is interested in trying to add organic foods and beverages to their diets, but that the U.S. Department of Agriculture has pegged organic products as only 4 percent of U.S. food sales.

“Our goal is to democratize, to take the best quality organic juice and make it available at best possible price point,” Church said. That means using Odwalla’s reach and some of the technical know-how brought to the company by its new partners, to cut down on the divide between cutting edge products like Suja and their high-end non-HPP competitors.

“To achieve our mission, we need to have a price point below $4 in our minds,” he said. “Our main goal is to keep the gap between conventional premium juices and organic HPP juices at a minimum. That’s what is going to increase adoption. And we’re using our different groups of investors and employees’ knowledge base and experiences to lower our cost structure.” 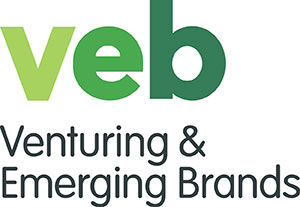 Much of the deal was negotiated by Matt Mitchell from Coke’s Venturing & Emerging Brands (VEB) group as well as former Minute Maid president Michael Saint John; VEB president and general manager, G. Scott Uzzell, will have one of two Coke seats on Suja’s board. But most of Suja’s relationship with Coke will go through Saint John, who will also join the board. The president of the Minute Maid division for the past 12 years, Saint John is now the President of Coke’s newly-formed Value-Added Dairy and Natural Healthy Beverages division. That group, launched in April, is tasked with overseeing Coke’s new, protein-enhanced Fairlife Milk, Odwalla, and coconut water brand Zico’s new chilled products; through Odwalla’s DSD network, the division is expected to provide the extra distribution backbone that is expected to help Suja grow into a larger organization. For Coke, bringing Suja on board also represents a chance to re-energize Odwalla, which has been losing share to competitors like Pepsi’s Naked Juice and Campbell’s-owned Bolthouse Farms for several years.

“With Odwalla, I believe the products are really complementary,” Church said, adding that the older brand’s juices are more “fruit-forward,” rather than Suja’s largely vegetable-based blends. In addition to Odwalla’s reach into conventional grocery — it will likely take the place of UNFI as Suja’s primary route to market to Safeway, for example, as UNFI recently severed its relationship with that key chain — it will help introduce Suja to highly visible accounts like college campuses, where it can take root as a next-generation product, and may eventually even broach convenience stores.

Path to the Deal

As it has tried to accelerate ahead of the pack of new brands entering the HPP space, Suja has had no problem raising cash: over the course of three capital raises, Suja had already pulled in approximately $45 million from outside investors by this winter, when it decided to look into bringing on strategic-level partners. The company’s leadership felt it was ready after analyzing its sales numbers and concluding that they indicated that there was sufficient demand for a super-premium juice like Suja in conventional retail, Church told BevNET.

“Once we had proof of concept that [our juices] could do well in Middle America, we said we need to lean in on the category,” Church said. “We started speaking to a handful of quality strategic investors.”

With Janica Lane, a Managing Director at investment bank Piper Jaffray leading the process, and attorney Nick Giannuzzi providing legal counsel, Suja spoke with about a half-dozen companies in the spring, Church said. He wouldn’t reveal the other suitors, citing a non-disclosure agreement, but said they all brought some strategic edge to the table, be it availability of organic produce, ability to add distribution or to bring down manufacturing costs.

Conversations with Church and Coke revealed little about Goldman Sachs’ involvement. Goldman had, however, courted Suja and Church in the past, even going so far as to create a gauzy video celebrating the company’s accomplishments and fast growth.

Church told BevNET that he believed that Coke had interests that aligned with Suja’s pillars when he first went out to seek strategic investors, a belief that was reinforced through discussion with Seth Goldman of Honest Tea. During an event in January in which Church had given a speech to the VEB unit, Church said that Goldman had told him that his company’s growth under Coke meant that it has been able to purchase eight times the amount of organic ingredients that it had in the past.

Between Church, Eric Ethans, and James Brennan, three of Suja’s original founders will remain on the board, along with early investor Duane Primozich of Boulder Brands Investment Group.  Along with Coke’s two seats, an unidentified Goldman Sachs representative will also become a board member. Three other board members, including Josh Goldin and Julian Steinberg, both of ACG, are giving up their seats, although that fund remains a shareholder. Rick Hess, an investor with Evolution Media Capital, who joined the board as part of a round that brought in celebrity investors like Leonardo DiCaprio, is also giving up his seat.

Church and Coke wouldn’t discuss an eventual path to acquisition for Suja over the long haul, but it is expected that Coke will have an option to purchase Suja after three years, at a valuation of three times the company’s earnings (along with other, total financial outcomes) — an arrangement that could easily exceed the $300 million valuation placed on Suja at the time of the deal. Last year’s sales were about $40 million, he said, and the company is on pace for sales between $70 and $80 million this year.

While a final payout will depend on the ultimate pace of growth of the entire category, the current deal’s richness is indicative of just how quickly high pressure processing has become a valuable commodity in the beverage business.

Suja, in fact, was actually the third significant national HPP juice brand to debut, behind Blueprint Juices and Evolution Fresh. Evolution had already been scooped up by Starbucks in late 2011, while natural foods giant Hain bought out Blueprint in December of 2012.

Co-founded by Annie Lawless, along with Ethans, Brennan, and Church, Suja had debuted that fall, and while the investment in the competition was intimidating, Church said, “when Blueprint and Evolution were acquired, it slowed them down dramatically. Both of those businesses have been able to regroup and stabilize somewhat but it may have cost them a year, 18 months of momentum.”

It’s those problems of integration that he says he hopes to avoid with the structure of the current deal, one that allows for supported independence for the fast-growing brand. It echoes the kinds of “two-step” deals used by VEB in acquiring Honest Tea and Zico.

For its part, Coke released a statement that “The Coca-Cola Company’s partnership with Suja Juice Company will further expand our already strong portfolio to meet people’s varying beverage needs. Through this minority investment and distribution agreement, we will help Suja deliver on its goal to make its delicious, organic juices available to even more people – a win for consumers, Coca-Cola and Suja.”

Dissent From the Faithful

Not everyone has been happy with the news of the deal, with some Suja consumers angrily berating the company on Facebook and through other social media for entering a partnership with a company that has grown behind unhealthy, sugar laden products. 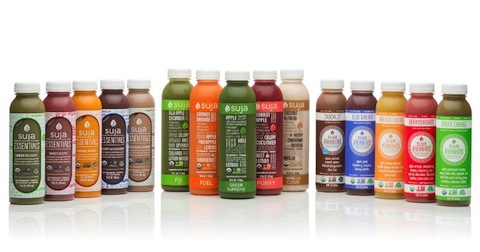 Noted one Facebook commenter, “We’re sorry to hear you’re selling out to junk-food giant Coke. Unfortunately we cannot purchase your product any more. Sorry we’ve worked so hard to turn around this food system and supporting small organic companies was part of that. Best of luck with Coke.”

Church said he was hurt and disappointed by the reactions, but that he hoped consumers would understand that by expanding the business Suja will be able to fulfill a mission to bring organics to a broader section of the population, much as Honest Tea had been able to when Coke acquired that brand.

“We really have gotten hit pretty hard by people who have heard of the news leak,” Church said.  “The perception of us selling out… my board and I have complete control over the company, it’s a minority investment by two organizations. It’s the furthest thing from a buyout. I’m hoping our consumers give us the opportunity to prove to them that nothing is going to change here.”

As an attempt to build a counter-narrative, the company is rolling out a public relations campaign that includes blog entries from Church himself to present the brand as a transparent entity committed to what he calls its key pillars: organic and non-GMO, minimal processing, transparency on product labels and in the business, and health and wellness driven with a strong focus on innovation.

“Since we started, we’ve shipped over 40 million bottles of Suja,” Church said. “With Coke and the right construct of an arrangement, we could go from 40 million to a billion. It just gets us super-excited about the pathway to building a much bigger business… but it’s about providing access to more consumers to organic beverages.”