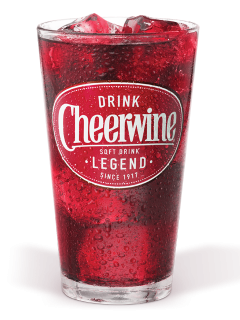 SALISBURY, NC (NOV. 2, 2015) – Two legendary American tastes, Cheerwine and barbecue, have come together in the ultimate partnership.  Cheerwine has locked arms as the first “Official Soft Drink” of the National Barbecue Association (NBBQA). Both born out of tradition, Cheerwine and barbecue are the iconic, American equivalents of wine and cheese.

Stuart Meyer, CEO of the National Barbecue Association, said, “With our shared North Carolina roots, NBBQA is proud to continue our strong friendship with Cheerwine as the Official Soft Drink of the National Barbecue Association in celebrating local BBQ legends all over the country.  Both the history and flavor of Cheerwine and BBQ have gone hand-in-hand since 1917 and we look forward to helping BBQ lovers all over the country get a chance to taste the history for the first time.”

Now that the relationship is “official,” NBBQA and Cheerwine will join together for several promotional and awareness campaigns throughout the year, from events to online marketing, including a locator app that directs users to nearby Cheerwine and BBQ. The app will make it easier for fans to find where Cheerwine and barbecue can be enjoyed together, the way it was intended.

“Cheerwine is proud to be a partner with the NBBQA,” says Dan Martin, vice president of sales for Cheerwine. “We consider Cheerwine to be barbecue’s best friend and look forward to advancing our brand forward in this exciting and growing space.”

Launched in 1917 by L.D. Peeler, Cheerwine is a soft drink with a flavor that always surprises. It is an iconic brand from North Carolina. Owned and

distributed by the Carolina Beverage Corp. and Cheerwine Bottling Co. in Salisbury, N.C., the 98-year-old company is still privately owned and managed by the same founding family, five generations of whom have worked there. Cliff Ritchie leads Cheerwine as president and CEO. Available in supermarkets, restaurants, mass merchandisers and convenience stores in select states nationwide and on the website at cheerwine.com.

Approaching their 25th anniversary in 2016, the National Barbecue Association (NBBQA) proudly serves, represents and supports the barbecue industry in the growth and expansion of barbecue in America and around the world.  NBBQA is a 501(c)(6) non-profit member trade association.