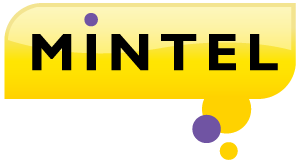 Millennial consumers are increasingly aware of and concerned about energy drink ingredients, but that hasn’t slowed their consumption of highly caffeinated beverages, according to a new report from Mintel. Notably, it’s older millennials, including those with or planning for children, who are consuming more energy drinks than ever before.

Mintel, a global provider of market data and research, found that from 2014 to 2015 consumption of energy drinks among U.S. millennials rose by 6 percent (55 to 61 percent), despite the fact that 74 percent have concerns about product safety, compared to 65 percent of consumers overall.

One big reason for the rise in consumption: Mintel found that older millennials view energy drinks as good substitutes for alternative caffeine beverages, including coffee (65 percent) and carbonated soft drinks (64 percent). And while millennial consumers are in greater numbers seeking naturally formulated products, the energy drink category has been less affected by the shift than others, according to Elizabeth Sisel, a beverage analyst at Mintel.

“While there has been a movement, especially among millennials, toward more natural ingredients, the energy drinks and shots market remains largely unaffected by changing consumer attitudes,” Sisel said.

Sisel noted that while energy drink marketing focuses on a younger consumer base, “older millennials are, more likely than not, going through a lifestyle shift, such as getting married or having children,” and “their interests and priorities are shifting and individuals that require more energy are turning to energy drinks and shots.”

Along the same lines, Mintel found that consumption rates of energy drinks and/or shots are higher than average among U.S. parents, stating in its report that “households with children are significantly more likely to consume energy drinks (58 percent) and shots (48 percent) when compared to those without children (27 percent and 18 percent respectively).”

Mintel estimates that the energy drink category will continue to thrive, expanding by 52 percent from 2014-2019, with energy drinks, not shots, leading the way to sustained growth. Mintel notes that energy drink products hold an 89 percent market share and are expected to grow by 10 percent in 2015 to $10.8 billion. Meanwhile, the energy shots segment is expected to decline in sales for the third consecutive year, according to Mintel.