BevNET yesterday had the opportunity to speak with Scott LaPorta, the new president and general manager at Campbell’s-owned Bolthouse Farms. LaPorta, reached during a sales call at Target, offered some insights into the  $900 million juice and produce innovator’s new position within the larger company’s recently unveiled Campbells-Fresh (C-Fresh) division, alongside June acquisition Garden Fresh (which makes salsas and hummus for the produce division) and a Fresh Soup vertical as well.

The key takeaways from that standpoint: Bolthouse has both its own produce, dressing, and juice brands (plans for them are below) and a central role as the infrastructural muscle for the division. The manufacturing, shipping, and distribution capabilities for C-Fresh overall will be reliant on Bolthouse’s strong cold-chain capabilities, and will help provide a go-to-market platform for C-Fresh’s nine different product verticals in the produce section.

“We’re the refrigerated platform for C-Fresh,” LaPorta said. “In essence our business unit has gone from offering four product categories… to nine product offerings and we’re expanding across the perimeter of the store.”

LaPorta, an MBA who has been with Bolthouse since 2009, had been COO and CFO at Bolthouse before being elevated to the new position of President and General Manager. The position opened up when former CEO Jeff Dunn was made head of the C-Fresh division.

The new alignment both increases Bolthouse’s role at Campbell’s in an infrastructure sense and also allows the company to remain independent in terms of innovation and potential acquisitions. Both Garden Fresh and the new Fresh Soup vertical will also have their own innovation teams.

Bolthouse is the largest part of the Fresh division, and it’s in the middle of a push to become even bigger. It’s currently in the process of building a $65 million CPG plant expansion that will house two new beverage lines and two new salad dressing lines, both capable of servicing its high pressure processing needs — for both salad dressing and the 1915 juice line — as well as the original, super-premium juice offerings that launched Bolthouse into the beverage space. That’s hot on the heels of a $20 million warehouse expansion completed in December. 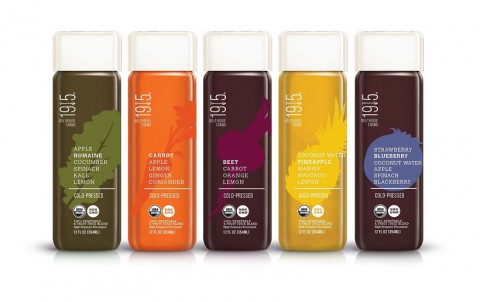 The 1915 line debuted earlier this spring in three retailers, Wal-Mart, Target and Mejier. It’s expanding in the next few months, with deals to go into Giant Eagle and other retailers through the spring, LaPorta said. Plans are for the brand to add up to five new flavors, he added.

Recent news about Coke’s arrangement to invest $90 million into HPP leader Suja and eventually purchase the company aren’t deterring the Bolthouse team as it begins to put more energy behind its own juices, LaPorta added.

“It doesn’t impact our strategy, in my mind,” he said. “We think that our product has superior taste and superior nutritionals. They have a great product and they’ve done quite well, and we’ll be happy to compete on the merits.”

Part of the feistiness comes from the low — but fast-growing — penetration of the kinds of juices that are Bolthouse specialties into consumer households. LaPorta said that both super-premium and HPP juices are typically only purchased by 20 percent of U.S. households — a number he expects to increase a great deal. According to Campbell’s, ultra-premium juices are growing at an 81 percent clip, while super-premium juices are up 16 percent annually.

“As we continue to bring new innovation at affordable prices,” he said, “we’ll keep bringing up penetration and see how far it can go.”