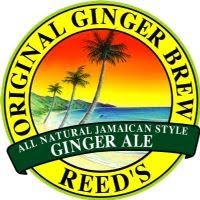 Neal Cohane, Senior Vice President of Sales and Marketing for Reed’s, stated, “Distribution is always the most challenging aspect of beverage sales. Partnering with distributor strongholds in a region is the key to closing voids at a steady pace and increasing the national footprint of our brands. We are eager to expand our brand presence with Wonderland in the Northern California region.”

Rich Vanni, Manager of Wonderland Distributing Co., commented, “We have been looking for more natural products that are a great fit with our area of the country. The Reed’s and Virgil’s brands are the lead items in our continued efforts to meet the demand of retailers catering to natural food enthusiasts. Our company prides itself on consistent service and distribution, and we expect to significantly increase consumer exposure of Reed’s and Virgil’s in Northern California.”

About Reed’s, Inc.
Reed’s, Inc. makes the top-selling natural sodas in the natural foods industry and is sold in over 15,000 natural and mainstream supermarkets nationwide. In addition, Reed’s products are sold through specialty gourmet, natural food stores, retail stores, convenience stores and restaurants nationwide and select international markets. Its six award-winning non-alcoholic Ginger Brews are unique in the beverage industry, being brewed, not manufactured and using fresh ginger, spices and fruits in a brewing process that predates commercial soft drinks. The Company owns the top-selling root beer line in natural foods, the Virgil’s Root Beer product line, and a top-selling cola line in natural foods, the China Cola product line. In 2012, the Company launched Reed’s Culture Club Kombucha line of organic live beverages. Other product lines include: Reed’s Ginger Candies and Reed’s Ginger Ice Creams. The company is celebrating 25 years of hand crafting the best sodas in the world, naturally, in 2014.