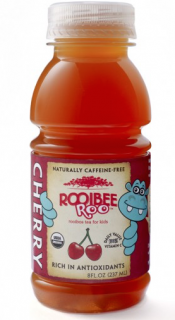 Rooibee Red Tea has completed a $2 million capital raise. The Louisville-based organic tea makers announced the news Wednesday in a company press release, revealing that the final $500,000 of their yearlong Series A2 fundraising round came from equity-based crowdfunding platform CircleUp.

“I liken [CircleUp] to online dating,” Rooibee’s Chief Tea Officer, Heather Howell, told Louisville Business First. “I don’t have the money to go and fly to California [to pitch to investors]. This allows you to be a zillion different places, in a zillion different living rooms and offices.”

At the top of 2015 Rooibee added two new members to its board of directors: Charles Schnatter, previously of Papa John’s International, and Benton Keith, Principal at Louisville-based social investing fund Radicle Capital.

On a similar note, Massachusetts maple water brand DRINKmaple have raised $1.5 million from 13 different investors, according to a recent company filing with the SEC. DRINKmaple still has $500,000 to go to close outs it targeted $2 million funding round. The brand made its debut in 2014, hitting stores across the Northeast.