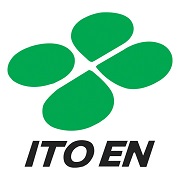 Having made a name for itself as a vertically integrated tea company, Ito En is betting big that it can be perhaps just as well-known as a coffee producer. In a quietly announced deal, Ito En, one of the world’s largest suppliers of green tea, last month released the preliminary details of an acquisition in which the Japanese tea giant will purchase Distant Lands Coffee Co. for approximately $82 million.

Upon completion of the acquisition, a “reverse triangular merger” that is expected to be finalized in February, Distant Lands will become a wholly-owned subsidiary of Ito En and come under the umbrella of its North American operation, which markets a range of tea brands, including Teas’ Tea, Oi Ocha and Matcha Love. In 2013, the company made its first foray into ready-to-drink coffee with the launch of Jay Street Coffee, a line that includes milk and sugar-infused bottled varieties and a recently introduced “coffee shot” that is unsweetened and contains 150 mg of caffeine.

Based in Tyler, Texas, Distant Lands, much like Ito En, owns and manages a majority of its supply chain. The company operates coffee farms and processing mills in Costa Rica and Columbia, and roasting plants in the U.S. It sells roasted coffee and green coffee under the Distant Lands brand as well as that of private label customers to foodservice — including Panera Bread — and retail customers, promoting its products as “quality from seed to cup.” The company achieved sales of $161 million for its fiscal year ending in September, 2014, with operating profit reaching $668,000,according to Japanese news service Nikkei. 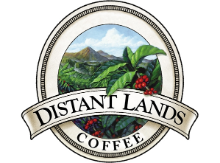 ry filing, Ito En stated that Distant Lands’ “vertically integrated system from procurement of raw materials to sales enables [it] to provide customized coffees and to build the business model distinguished from its competitors.” Ito En also pointed to the acquisition as one that “will reinforce the sales in North America benefiting from [Distant Lands’] sales networks and relationships with its customers.” Nikkei reported that Ito En’s North American sales are expected to reach $88 million for its fiscal year ending on April 30, an increase of 9 percent over the previous period.

It’s clear that Ito En sees value beyond Distant Lands’ supply and sales infrastructure, noting that acquisition will allow it to “offer products with wide selection of drinking format besides the RTD beverages in plastic bottles in the tea category, taking advantage of its procurement, technological development, and production power.” Ito En specifically called out Distant Lands’ pod-based product, the La Minita K-Cup, which it regards as key to success within “the highest growth segment of the overall coffee industry.”

While the purchase of Distant Lands represents as key sourcing asset for Ito En-owned Tully’s Coffee cafes in Japan, it will also be highly significant for the growth and expansion of the Jay Street line.

In an interview with Ito En executives, held within the company’s expansive booth at the 2015 Winter Fancy Food Show, Yosuke Honjo, CEO and President, Ito En North America, told BevNET that the company would continue to introduce new products under the Jay Street banner, noting that the evolution of the brand will come amid greater interest for Japanese-style RTD coffee beverages, which are often higher quality and less sweetened that many versions currently available in the U.S. Adam Hertel, Ito En North America’s vice president of sales for grocery and natural, also pointed to Americans’ increased appeal for other Japanese foods and cultural trends as having a significant impact on future product development and line extensions.

And as U.S. consumer demand for organic products continues to thrive, Ito En, which in September debuted an organic sub-line for its Teas’ Tea brand, will attempt to go organic with its coffee products within three years, Honjo said. While it remains to be seen if Ito En will make a similar push throughout its tea line, the key thread for all Ito En beverages will continue to be that of premium formulation and positioning, said North American COO Jim Hoagland.

Although the Distant Lands deal is certain to create greater sales and distribution opportunities for Ito En, the company is looking for more. Asked if the company will consider additional strategic acquisitions in the foreseeable future, Honjo was firm in his reply.

Honjo said that Ito En would continue to look for vertically integrated businesses, particularly ones that can support efforts to expand the company’s international presence. Hoagland noted that one of Ito En’s primary assets lies with its ability to leverage company expertise in providing high quality products that are most demand on the market, and pointed to Distant Lands’ strong foodservice business as an example of an opportunity to expand upon that strength.