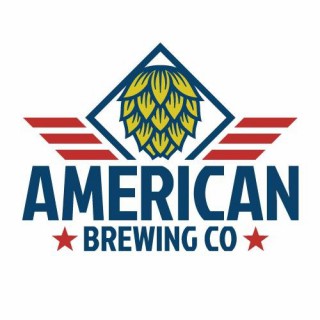 TORRANCE, Calif., March 29, 2016 /PRNewswire/ — American Brewing Company, Inc. (OTC: ABRW), an award-winning craft brewery in Washington that acquired the Búcha:tm: Live Kombucha brand and business last year and has since sold their brewing assets to capitalize on the fast-growing healthy functional beverage category, today announced that they have promoted Neil Fallon, Founder, to the newly created role of Executive Chairman, and hired Brent David Willis, as a Board Director and interim Chief Executive Officer.

Since acquiring the Búcha:tm: Kombucha brand in the 2nd quarter of last year from B&R Liquid Adventure, LLC, American Brewing has been integrating the business, paying down the debt associated with the acquisition, and positioning itself to become a healthy functional beverage company. In October, the Company announced that it had reached an agreement to sell 100% of its brewery asssets and operation. The Company expects to complete the transfer imminently, which will enable it to focus 100% of its attention and resources on capitalizing on the fast growing Kombucha Category. The Kombucha category has been rapidly growing and recently surpassed$500 million in retail sales according to the Wall Street Journal.

To lead that focus, the Company has hired Brent Willis as a Board Director and Interim Chief Executive Officer, who brings more than almost 15 years of beverage experience to the firm. Mr. Willis was previously a President for Coca-Cola in Latin America, the Global Chief Commercial Officer and Zone President at AB InBev, and the Chief Executive Officer for Cott Corporation, the world’s largest retailer brand beverage company. Neil Fallon, Founder of American Brewing and newly appointed Executive Chairman commented, “We are extremely fortunate to have someone of Brent’s credibility and reputation to lead our company and the expansion of the Bùcha:tm: Live Kombucha brand. We have one of the most consumer-preferred and fastest-growing brands in the segment, and we are confident that Brent will be able to accelerate the expansion to major retailers worldwide.”

With the change, Neil Fallon will be taking on the newly created role of Executive Chairman. In this capacity he will be providing strategic leadership for the firm, ensuring its appropriate capitalization, and leading the evolution of the Board of Directors to majority independence with superior governance in the best interests of shareholders. Brent Willis commented, “I am excited to be working with Neil and the rest of the Bùcha:tm: team. They have a leading brand, a superior product in the segment, and significant untapped potential across major retailers, channels, and markets. Bùcha:tm: has the most mainstream appealing flavor, which will help our retailer partners expand the category as they work to offset their challenges in the carbonated soft drink and other traditionally large beverage segments.”

Based in Edmonds, Washington, American Brewing Company was founded in 2010 and became a public company trading under the ABRW symbol on August 7, 2014. As a craft brewer, the Company won major industry awards and accolades for quality. In the 2nd Quarter of 2015, the Company acquired 100% of the assets of Búcha:tm: Live Kombucha, from B&R Liquid Adventure, LLC for a combination of cash and stock. Since that time, the firm has been paying down the debt associated with the acquisition, integrating the company, building organizational capabilities, and expanding retail distribution. On October 7, 2015, American Brewing sold 100% of their beer assets improving their balance sheet and providing working capital to expand their healthy beverage business. The transaction is expected to finalize imminently.