Montauk Beverageworks iced tea products were a big hit when first launched a few years ago.  The company’s iced teas were available in many retail food establishments and restaurants from the east end of Long Island to Manhattan.  In fact, demand for the all natural, low sugar, kosher certified beverages was so great that the founder of the company was unable to fill orders and had to temporarily discontinue operations.  Recently, an enthusiastic investor local investor, Michael White, with a great passion for the products, together with his small investment group of local residents, joined forces with the founder so that the company could meet demand and never again run out of product. 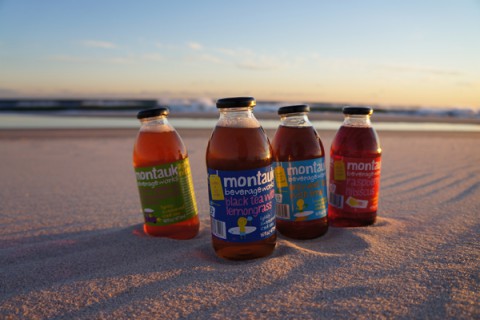 In April, 2016, Montauk Beverageworks re-launched and its iced tea and lemonade bottled drinks hit the shelves in Eastern Long Island.  The company promotes its iced teas as being all natural, low sugar, low sodium and kosher certified.  Distribution began in the Hamptons and is already spreading throughout the entire east end of Long Island and westward, with the plan of reaching shelves of NYC food establishments sometime this summer.  Retailers who had previously stocked and sold the company’s products immediately came on board to sell the company’s products.  New retailers are signing up fast.  Demand has been so incredible in such a short amount of time that a second production run is now scheduled for late May with re-designed, eye catching labels.

Already, in the short time since the re-launch, the company’s products have begun to fly off the shelves at a faster pace than its competitors.  New flavors are being developed in response to initial inquiries and demand.  Montauk Beverageworks is expanding quickly but has every intention of remaining a small, privately owned local business in close contact with its customer and consumer base.

Distributors and retailers (or restaurants) wishing to inquire as to the company’s products should call (844) MONTBEV or email to sales@montbev.com.