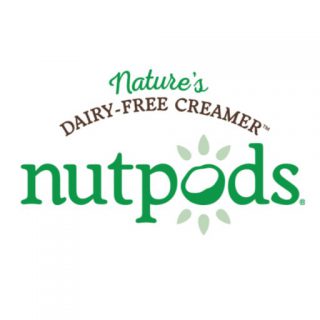 SEATTLE, Wash., October 17, 2016 – nutpods, the dairy-free creamer made from almonds and coconuts, is celebrating the third anniversary of its successful Kickstarter campaign with a month-long Customer Appreciation campaign.  In the three years since launching the company, and with only 17 months on the market, nutpods has become Amazon’s #1 Best Seller in the Non-Dairy Coffee Creamer category and has expanded to over 400 retail outlets nationwide.

In October 2013, nutpods founder & CEO Madeline Haydon successfully raised $32,000 on Kickstarter to bring the dairy-free creamer to market.  Following 18 months of subsequent testing and production, in May 2015 nutpods launched in Seattle-area retailers and on Amazon.com.  The company’s focus on its customers led to the decision to launch on Amazon. “We wanted to reach all of our Kickstarter backers right away, and Amazon gave us instant nationwide distribution.” says Haydon.  Thanks to that strategic decision and a continued customer shift from grocery shopping in-store to online, nutpods has now gained more reviews than Coffee-mate, with over 1,800 on Amazon that average 4.5 out of 5 stars.

nutpods has been part of a consumer movement towards both convenient and healthy products.  As shoppers demand access to products they are interested in online, they also are shying away from overly processed foods or those with unhealthy ingredients, including trans-fats and sugar. Haydon’s company has found a niche with 25-55 year olds who are ordering more groceries from their laptops and phones and who are also adhering to diets such as Whole30, Weight Watchers, and others. nutpods’ success online led to Haydon’s recent engagement as a speaker at the Specialty Food Association’s E-Commerce conference in Chicago, as well as being featured in an article regarding eCommerce distribution.

The company is now closing a successful series A funding round and is devoting new resources to increase production to keep up with demand and expand national distribution. Melissa Hartwig, co-founder of Whole30, is one of the investors.  “I have yet to see any product go as viral as nutpods with my Whole30 community. People are bringing their containers to their local coffee shops, sharing it with friends, and featuring it in their Instagram posts. I’m thrilled to be a part of the nutpods healthy dairy-free movement; I’ll proudly support the company with all of my resources.”

For the Customer Appreciation campaign, nutpods will partner with brands including Whole30, Primal Kitchen, MELT, SweetLeaf, Bhakti Chai, Simply 7 Snacks, Wild Plate, Bizzy Coffee, and Rickaroons to create themed giveaway boxes. The final giveaway for one lucky winner will be a year’s supply of nutpods. “This is my favorite month of the year, because we get the chance to recognize the fans and supporters that have made this happen.  I worked really hard to bring nutpods to the market because I heard from so many people that it was a needed product. We consider our customers to be part of our family, and this month we can really express that to them in a meaningful way,” says Haydon.

Recently selected as the creamer of choice for Holistic Holiday at Sea  (cited by National Geographic Traveler as “one of the 100 best worldwide vacations to enrich your life”) and named one of the innovative beverages of 2016 by the Specialty Food Association, nutpods is a member of the trade group Plant Based Food Association and is backed by the following quality organizations: The Vegan Society, Whole30, the Gluten Intolerance Group (Gluten-Free), Orthodox Union (Kosher), and the Non-GMO Project.

Please contact Senior Marketing Manager Michele Silbey with any questions at michele.silbey@nutpods.com or 213-797-5586.