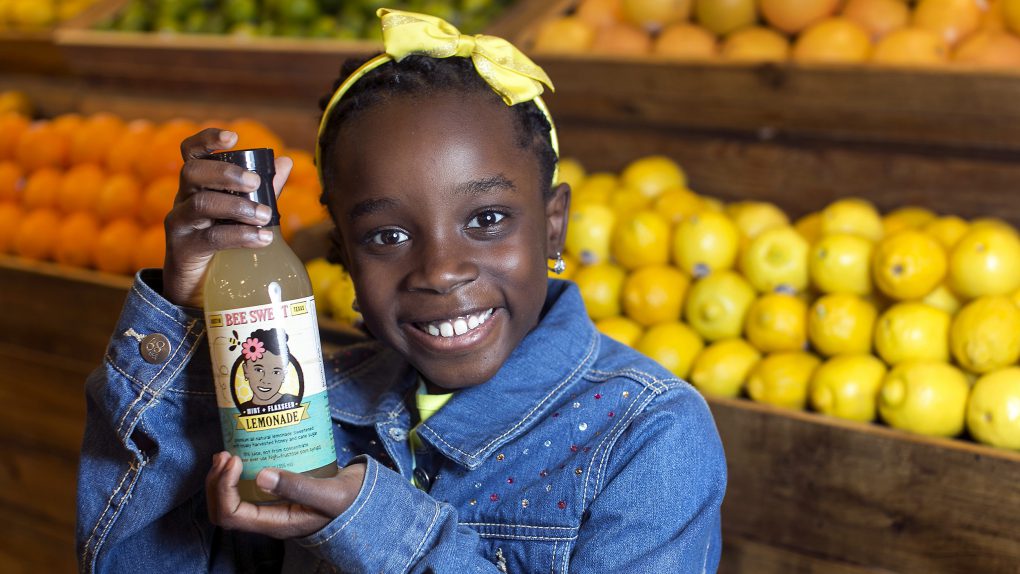 AUSTIN and HOUSTON, TX (July 13, 2017) – Me & the Bees Lemonade, a startup ready to drink bottled line of lemonade launched by “Kidpreneur” Mikaila Ulmer 8 years ago when she was only 4, has attracted a sweet investment deal from high profile Angels and Beelievers. The company announced today that a group of 12 angel investors comprised of 10 professional football players and two advisors has contributed $810,000 in funding to support the growth of the company’s distribution channels and to increase production.

Me & the Bees Lemonade is a privately held company based in Austin, Texas, that has grown over 100 percent each year since 2014. Four varieties of the lemonade are being distributed nationally at Whole Foods Market, Wegman’s, as well as regional and local stores and hotels such as the W Hotel in Austin.

Theo Ulmer, chief operating officer of Me & the Bees Lemonade and father of founder Mikaila Ulmer, listed the angel investors and their affiliation as follows:

Foster and Quin participated in a press conference last week in Houston to demonstrate their commitment to and involvement with Mikaila, her parents D’Andra Ulmer and Theo Ulmer, and Me & the Bees Lemonade.  Earlier in the day, Foster and Quin presented with Mikaila in the Bee Brilliant Entrepreneur Workshop that was co-hosted with Lemonade Day Houston at the Holthouse Boys & Girls Club. The workshop was focused on teaching 100 underserved youth in grades 3rd through 5th how to start and run their own lemonade businesses.  Mikaila had participated in Lemonade Day Austin in 2010 where she won awards for her flaxseed lemonade made with local Austin honey.

Me & the Bees Lemonade is buzzing with activity:  the company has increased distribution by over 104%  from 2016 year to 2017 year; Cascadia Managing Brands is actively engaged as a national brand Manager, charged with expanding sales, distribution and marketing throughout the United States; prominent Beelievers such as Foster and Quin are stepping up with funding and endorsements; Mikaila has appeared on Shark Tank and was featured on the 20/20 episode honoring Shark Tank that aired on Feb. 24, 2017; she has been invited to The White House and has met President Barack Obama three times; and she is a nationally recognized speaker.

“Everyone is as busy as bees, working to increase the number of stores where my lemonade is being sold. If it’s not already in your neighborhood store, please ask your local retailer or restaurant to carry Me & the Bees Lemonade.” Said Mikaila

More About Mikaila and Me & the Bees Lemonade

Me & the Bees Lemonade is a bottled all natural lemonade product with an interesting back story. While preparing for a children’s business competition at the age of 4, Mikaila found her Great Granny Helen’s flaxseed lemonade recipe in a 1940’s family cookbook.  She also was stung by a bee twice in the same week, which Mikaila admits was a very uncomfortable experience. Encouraged by her parents to overcome her fear of bees, Mikaila began to study bees and their role in the ecosystem. She learned that bees pollinate about a third of the foods that humans consume and that the bee population is decreasing.

“I became fascinated with bees.  I realized that I could use local honey from bees to sweeten my Great Granny Helen’s flaxseed lemonade recipe, and that is how Me & the Bees was born. Now, I want to see Me & the Bees distributed worldwide.  My goal is to offer a wide range of lemonade products and to one day expand beyond lemonade.  With a larger audience and the launch of a non-profit organization in the near future, my team and I can make a greater impact on saving the bees,” commented Mikaila Ulmer, 12, founder and CEO of Me & the Bees. Mikaila is a full-time, straight A student and resides with her family in Austin.

“I also want Me & the Bees to inspire kids to start and run their own companies,” Mikaila added.

Arian Foster, a former professional football running back, was signed by the Houston Texans of the National Football League (NFL) as an undrafted free agent in 2009. Foster was known for his signature Namaste bow, which he frequently performed after scoring touchdowns. Foster holds the Texans franchise records for rushing yards and rushing touchdowns and played for the Miami Dolphins. Foster announced his retirement on October 24, 2016.  He is involved in numerous philanthropic initiatives. He is a resident of Houston.

Glover Quin is a professional football safety with the Detroit Lions in the National Football League (NFL). He was drafted by the Houston Texans in the fourth round of the 2009 NFL Draft.  He founded the Glover Quin Football Camp and is involved in several other charitable programs. Quin, a resident of Houston, passionately invests in entrepreneurs and brands making a big difference in the world.