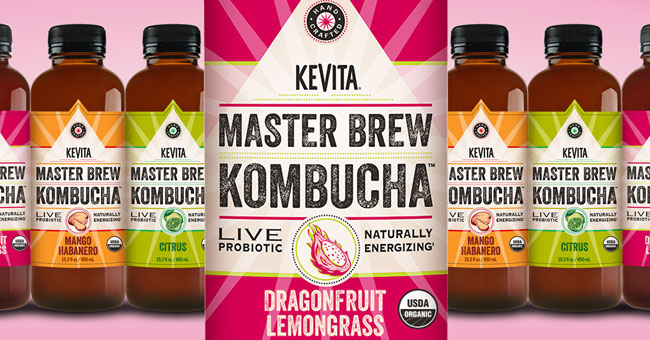 The definition of “kombucha” may once again see its day in court, this time via a class action lawsuit filed against PepsiCo-owned probiotic beverage brand KeVita earlier this month, which alleges its Master Brew Kombucha products deceive consumers because they are pasteurized.

The suit acknowledges that KeVita adds shelf-stable probiotics to the beverage following pasteurization, but claims that consumers are being misled with expectations that the live probiotics advertised on the label come from fermentation during the drink’s brewing process.

“…To tap into the small batch nature of historical Kombucha beverages, and to tether itself to the traditional methods of production consumers desire, KeVita advertises on each label of the KeVita Master Brew Kombucha that its kombucha beverages are ‘handcrafted,’” the complaint states. “…The use of these terms and natural imagery is designed to, and does, induce consumers, such as Plaintiff and the members of the putative classes, into believing that KeVita is still the raw unpasteurized product that they expect.”

According to the complaint, KeVita was not pasteurized and was sold as a raw product as late as 2011. The company itself identified its Sparkling Probiotic Drinks as unpasteurized as late as December of that year. However, since then it has changed its sanitization process to include pasteurization following fermentation, with live probiotics added afterward, a practice not uncommon in the kombucha category.

PepsiCo, which acquired KeVita in November, 2016, is also cited as a defendant. Representatives for PepsiCo declined to comment for this story.

Speaking to BevNET this week, KeVita co-founder and former CEO Bill Moses defended the efficacy of the Master Brew line, noting that the product does include the live probiotics advertised on the label. During his time at the company, Moses was an outspoken proponent for advancing standards for testing and reporting alcohol, sugar and calories in kombucha.

Moses left KeVita in 2016 following its acquisition by PepsiCo.

“There’s absolutely live probiotics in the drink and the brilliance of the [intellectual property] is doing that in a yeast-free media,” Moses said. “Testing methodologies require unique sophistication in order to detect the Bacillus-based probiotic, which evidently they do not have.”

Legal definitions for kombucha have long been murky. Because kombucha frequently rises above 0.5 percent alcohol content during fermentation, most kombucha on the market is regulated by the Alcohol and Tobacco Tax and Trade Bureau (TTB). On its website, TTB defines kombucha as a fermented beverage made from tea and sugar combined with yeast and bacteria, but does not include guidelines for pasteurization or final probiotic content.

Kombucha makers have been targeted in lawsuits regarding labeling in the past. In February, GT’s Kombucha and Whole Foods Market were ordered to pay $8.25 million over false claims that the product contained antioxidants and was non-alcoholic. However, it remains unproven whether kombucha as a product comes with the expectations that it is raw, a claim never made by the company.

The complaint’s allegation that KeVita’s claims that its kombucha is “handcrafted” may also prove dubious. Last year, a judge dismissed lawsuits against Tito’s Vodka that argued because the spirit is produced using automated machinery its claim of being “handcrafted” was deceptive to consumers.

Vermont-based kombucha maker Aqua ViTea responded to the lawsuit on Friday, noting that it raised important questions regarding the definition of “kombucha,” in a statement sent to BevNET.

“This suit, the third in recent years against prominent producers, highlights the confusion in the Kombucha market as imitations and watered-down products continue lining the shelves and consumers receive false information about the contents of these beverages,” wrote Aqua ViTea founder Jeff Weaber. The statement, presented as a “Pledge of Authenticity,” specifically notes that Aqua ViTea does not add probiotics after the brewing process nor pasteurize its kombucha.

The suit sets a class period dating back to Oct. 4, 2013 and calls for KeVita to conduct “a correct advertising and information campaign” and to refund all purchases made within the period. A jury trial is requested.

The plaintiff in the case is being represented by California law firm Bradley Grombacher, LLP. Representatives from the law firm did not return multiple requests for comment.