Just like the brands they seek to partner with, investment banks working the food and beverage space need to stand out from the crowd.

As a managing partner at investment banking firm Cascadia Capital, that task falls on Bryan Jaffe. Within its consumer and retail practice, Cascadia, based in Seattle, focuses on emerging food and beverage brands and companies involved in contract manufacturing. The group has quietly brokered 50 deals since 2010, including Humm Kombucha’s $8 million fundraising round led by Velocity Made Good (VMG) Partners, in June. The consumer and retail division has an outside presence at Cascadia — it accounts for about a third of Cascadia’s total transactions, but it represents less than 25 percent of the firm’s headcount. In order to distinguish themselves within the highly competitive food and beverage space, Cascadia and Jaffe identify the right opportunities — and get to them before their rivals do.

“If you are a small bank like ourselves, competing against Piper Jaffray or Houlihan Lokey or organizations with much greater resources and greater scope, as well as lots of brand recognition, can be hard,” said Jaffe, speaking to BevNET last week from the Cascadia office in Seattle. . In focusing on the lower end — companies with $25 million to $100 million revenue range — Cascadia can hunt for deals in an space rife with opportunities that larger investment banks may not be able to adequately service.

“The reality is the growth equity firms are very adroit at beating you to the spot because they have better data and they are 100 percent focused on reaching out to companies in those spaces,” Jaffe explained. “At the same time, raising capital is hard, even for the best companies. And it’s harder for investment bank deals because honestly there’s a perception bias saying, if this is so amazing, why didn’t I hear about this through my network of people who bring me ideas. And that’s why you have to be more focused on M&A, but that’s the reliable, recurring opportunity that we can deliver on.”

So far, the firm has found room to operate in that space; according to Jaffe, Cascadia has closed eight facility-based food and beverage deals in the last 12 months, which he noted as a differentiating factor for the company. Along with Humm’s VMG deal, the firm has brokered investments or acquisitions for disruptive food and beverage brands like Tillamook Country Smoker, Dave’s Killer Bread, Boyd’s Coffee and Cold Spring Brewing Co., among others. The deals have been about evenly split between branded consumer products and contract manufacturing companies, representing in total about 65 percent of the firm’s consumer deals, with the other 35 percent coming from ecommerce and retail.

That balanced approach that has allowed Cascadia to diversify its portfolio with lower cost but potentially riskier deals in branded CPG, contrasted by larger deals in contract manufacturing — typically between $100 million to $500 million— that are based on cash flow. The challenge, naturally, is making the right bets.

“The big challenge [in branded consumer goods] is understanding, are these companies actually platforms and therefore should they be ascribed those kinds of valuations, or are those really point solutions and therefore on some level unfinished products and therefore the valuations that they should be ascribed are lower?” he said. “In the contract manufacturing side, there’s just not a lot of people who focus on it or do it well. We’ve been able to sort of leverage some of our successful transactions into doing bigger deals with larger fees.”

In the beverage sector, kombucha is still a hot commodity for investors. Over the past two years, rising independent brands like Revive ($7.5 million round led by Peet’s Coffee) and Health-Ade ($7 million from CAVU Venture Partners) have brought in significant funding from private equity, while PepsiCo acquired KeVita outright for around $200 million last November after taking a minority stake three years prior. 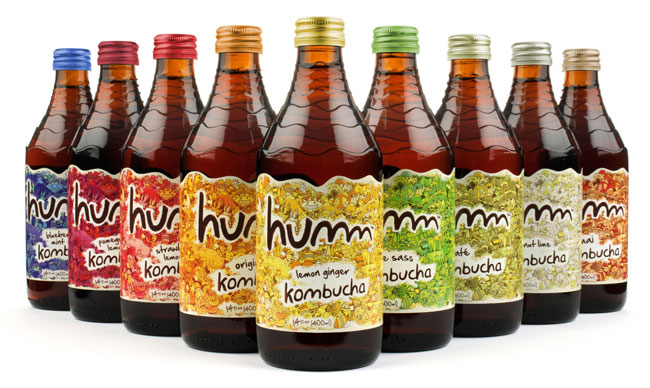 For Jaffe, Cascadia’s role in brokering the $8 million Series B fundraising round for Bend, Ore.-based Humm, fulfilled a longstanding interest in the kombucha category.

“If you go back in time 10 years ago, before the beverage aisle at Whole Foods exploded with choice, a company could raise $5 to $10 million of outside capital, get to be $25 million of revenue and profitable, and get acquired for $75 million,” Jaffe said. With the rapid expansion of choice in the beverage aisle and the rising influence of factors such as functional ingredients and cold supply chain, he noted that the higher margins the cold tea category once enjoyed — around 50 to 60 percent at its peak — have eroded 20 to 30 percent. “The amount of capital that you had to essentially put into those business went from $5 [million] to $10 [million] to 25 to 30 just to get to $20 million in revenue — and at that point you just break even.”

What kombucha does, Jaffe explained, is reset the market for those economics. “It does have a cold delivery chain, but even factoring that in we are much closer to the RTD tea margin profile, and therefore companies can make money much earlier in their life cycle, and that enables more dollars to go into the promotional process,” he said. “At the same time, the beverage category been looking for a catalyst to reset around health and wellness. Kombucha has provided them that next impetus.”

Of Humm’s specific appeal, Jaffe said that the brand’s mission — to expand the consumer base for kombucha by creating widely appealing flavors and distributing in mass retail channels — positioned the company for further growth, along with Humm’s “irreverent branding” and its strong reputation for food safety.

“I think what interests us more than anything right now is direct-to-consumer business models,” he said, noting that Cascadia has been involved in some craft beer and cider transactions but is now trying to focus on other segments of the market. “Whether they are in e-commerce or whether they are growth hacks, basically taking advantage of influencers or inefficiencies in the market to get product into the hands of consumers on a recurring basis. To us, that right now seems to be driving as much if not more value than the actual product in the bottle or in the can.”

While deals for disruptive brands in hot categories may turn heads, contract manufacturing may be where the best long-term value lies. Jaffe called shelf-stable dairy the “hottest category” on the market, with further growth only constrained by insufficient production capacity across the industry. At the same time, the high cost of getting an aseptic processing facility running on full efficiency (“about $50 to $75 million and 3 to 5 years,” according to Jaffe) also makes a safer, albeit less lucrative bet — such as manufacturing sparkling water — an attractive alternative.

“The question is am I better off doing something that is more complex and generates more revenue, or taking the stable volume that is offered by a Talking Rain or a Spindrift,” he said. “It’s part of the calculus that goes in. You then move just one step adjacent into liquid food– [drinkable] soup, meal replacement –and you start to get into things like retort where’s there’s absolutely no capacity out there. That makes for a strong acquisition rationale from existing competitors in the space.”