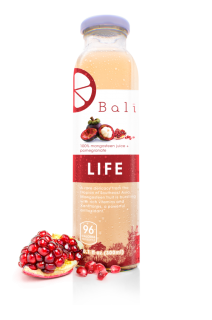 LOS ANGELES — Bali, the first 100 percent Mangosteen fruit juice, is coming just in time for spring with a launch across all Albertsons, Von’s and Pavilions grocery stores in Southern California. Albertsons is the second largest grocery chain in America.

“Mangosteen fruit originates in South East Asia where it has been consumed for centuries for both the sweet taste as well as the belief in health and healing benefits,” said Edward Farley. “We have been developing our product for over 2 years and have spent a lot of time on the ground in South East Asia with our local partners and farmers.”

Bali is the first ‘retail ready’ Mangosteen juice on the market today. Mangosteen is a rare super fruit that comes from South East Asia. It can take up to 15 years for tree’s to grow and sometimes bare fruit every two years. Mangosteen fruit contains Xanthone’s, one of natures most powerful anti-oxidants.

“We are very excited to be working with Albertsons Vons and Pavilions,” said Bali’s founder and CSO Edward Farley. “They have a great presence in the US and we will be supporting them with our best efforts to bring the taste of Mangosteen juice to everyone.”

Bali is 100% pure juice, low in naturally occurring sugars with no added sugar or sweeteners. Vegan, Non-GMO and comes in a glass bottle.