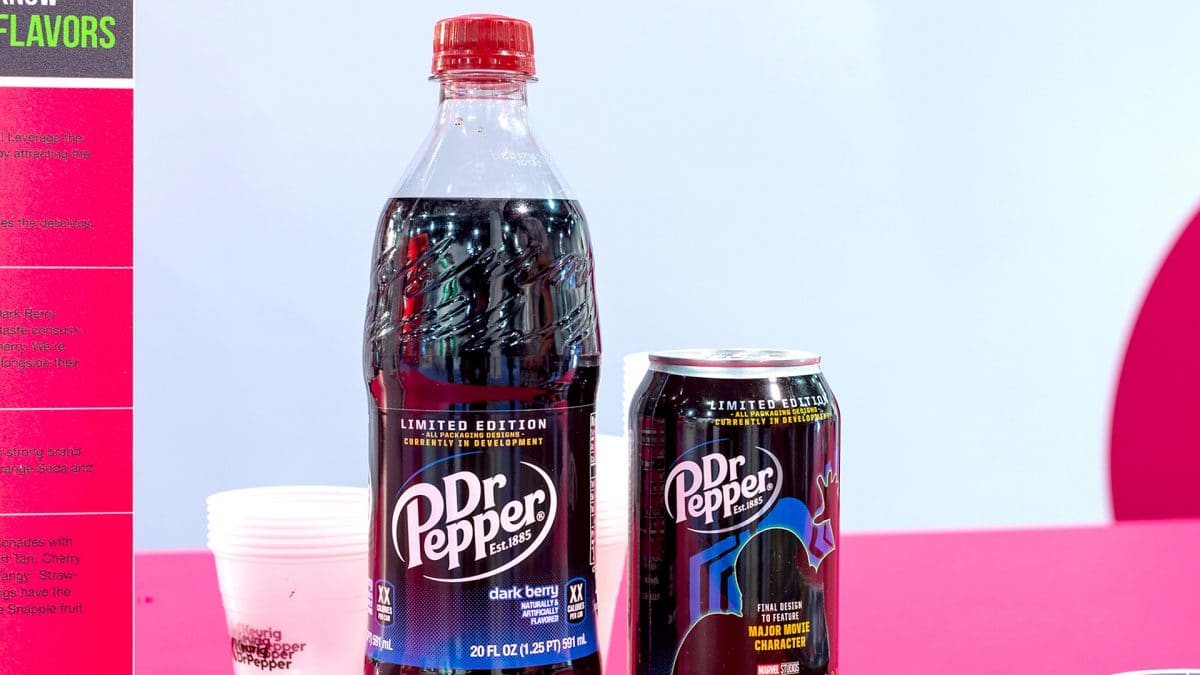 After over a century in the soda business, Dr Pepper will mark a new milestone in Spring 2019 with the release of its first-ever limited time SKU based on a movie: Dark Berry, a tie-in with the summer superhero sequel Spider-Man: Far From Home. Packaging displayed at NACS was not the final version, but suggest that villain Mysterio (played by Jake Gyllenhaal) could be the “major movie character” to be featured.