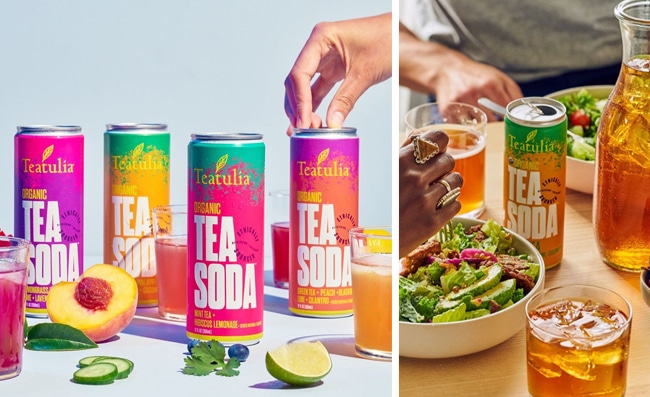 Teatulia has expanded its Organic Tea Soda line, which launched in Rocky Mountain region Whole Foods stores in May, to more than 500 retail locations nationwide.

The four SKU line — the Colorado-based tea maker’s first RTD product — is now available on the East Coast at Wegmans, The Fresh Market and Earth Fare, as well as Rocky Mountain region locations for Natural Grocers and Lucky’s Markets. According to founder and CEO Linda Appel Lipsius, the rollout of Tea Sodas has helped increase the brand’s presence in existing retailers such as Wegmans, which has stocked Teatulia’s bagged tea products for over six years. Others, such as The Fresh Market, are stocking the brand for the first time.

“With a place like Wegmans where we’ve been for so long, the [consumer] recognition seems to be there,” Lipsius told BevNET. “In Earth Fare we’re brand new for both [RTD and bagged], so we’re building the brand recognition across both lines. We’re hoping in places like The Fresh Market we’ll be able to start with the Tea Sodas and build off of that.”

Lipsius said Teatulia plans to take a “focused approach” in the Rocky Mountain region, as well as the East and West Coasts. While much of its expansion so far has been in the natural and specialty channel, the company is also looking to add conventional channel retailers and food service accounts.

The company is focusing on in-store sampling to drive trial, Lipsius said, noting a need to educate consumers on the “tea soda” concept.

“When people see it, they’ve never interacted with a product like this before,” she said. “So there’s a lot of demoing and a lot of in-market activations wherever we can.” 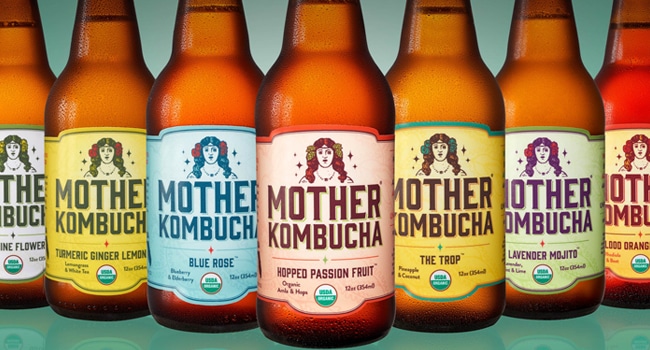 Florida-based Mother Kombucha more than doubled its store count to over 1,500 locations this month, adding more than 840 Publix Supermarkets across its home state.

Speaking with BevNET, Mother sales director Elizabeth Vanneste said the deal has also extended the brand outside of Florida and into other Southeastern states including Alabama and South Carolina. According to Vanneste, Mother is also available in retailers including Whole Foods, Earth Fare, Lucky’s Markets and Earth Origins, as well as at on-premise accounts.

To support the expansion, the company is hiring a new merchandising and sales manager and will be working with outside agencies to run in-store sampling programs, Vanneste said.

Vanneste also said the brand has partnered with craft beer distributors J.J. Taylor and Cavalier Distributing to expand the brand’s on premise footprint in bars and restaurants.

“We’re excited to be able to continue to grow the brand,” Vanneste said. “I think we have enough irons in the fire that we don’t expect Publix to be half of our business for very long.” 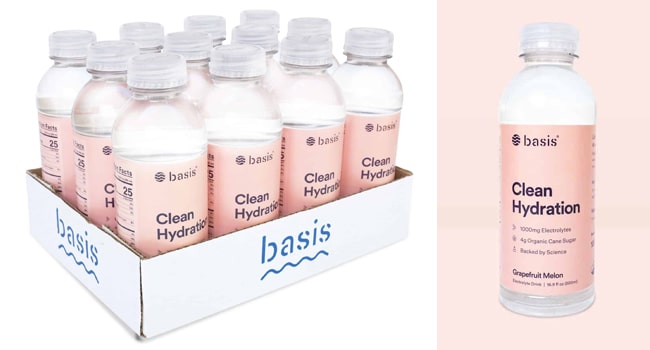 Colorado-based hydration beverage maker Basis has added 90 Safeway stores in the Rocky Mountain region, bringing the brand’s total store count to more than 200 locations. The expansion comes ahead of a planned launch into 90 King Soopers locations in the first quarter of 2020.

Basis co-founder Henry Springer told BevNET that the brand will be featured in Safeway’s “Colorado Proud” section highlighting local companies, but he hopes the new accounts will serve as a “foot in the door” to eventually expand nationwide with the retailer.

The startup brand is now focusing on the Southwest, Springer said, and will work with broker Green Spoon to target retailers such as Whole Foods, Central Market and H-E-B.

“We want to take what we’ve done here in the Rocky Mountain region and do it down there,” Springer told BevNET.

According to Springer, Basis is also currently fundraising and seeking investments from angel investors to fuel growth.

Organic beverage maker Sol-ti has expanded chainwide to all 1,225 Publix locations with its SuperShot line, the California-based company announced in a press release this month.

“Publix recognized our evangelical consumer base along with our momentum in the Southwest and how this growth could translate to the Southeast to mutually benefit both Publix and Sol-ti throughout Publix’s 1,225+ stores,” said founder and CEO Ryne O’Donnell in the release. “We appreciate Publix supporting Sol-ti’s mission and embracing change to provide consumers more options for sustainably packaged beverages.”

According to the release, the initial rollout of the SuperShots line has seen strong velocities of more than 63 units sold per store per month.

“With our commitment to providing consumers with high-quality products made with only simple and natural ingredients, Sprouts Farmers Market is an exciting supermarket for us to be in given the grocer’s focus on providing customers with natural products and its reputation for being a reliable, ethical and accessible source for fresh produce across the country,” said Brooklyn Crafted marketing manager Marcia Hu in the release.

Phivida has partnered with an independent distributor for the Florida launch of Oki, a line of CBD-infused drinks, the company announced in a press release this week.

The release did not name the distributor, but noted that it has “an extensive retail network” that includes 21 specialty grocers. All sales, merchandising and distribution for Oki will be managed by the distributor.

“We are thrilled to get our Oki beverages in the hands of Florida consumers, and address the many requests we’ve had to establish a presence in the state,” said Phivida president and CEO Jim Bailey in the release. “We worked together with our retail partners in choosing a distribution partner in an effort to provide best in class service to the natural specialty market throughout Florida.”

Cirrus Expands in Southeast and Mid-Atlantic

According to a press release, Cirrus has partnered with Kysela Brands to distribute the brand in Maryland, Virginia and Washington, D.C. In Georgia, the company is working with Liberator Distributing and in Alabama it has partnered with Pinnacle Imports. The products will be distributed by P10 Foods in Florida, North Carolina, South Carolina and Tennessee.

CBD-infused beverage maker Elev8 Hemp announced in a press release this week that it has partnered with Green Acres Organic Pharms to distribute the company’s products in Alabama.

“Green Acres Organic Pharms is proud to be partnering with Elev8 Hemp,” said Green Acres founder and CEO Anthony Carmelo in the release. “We’re excited to bring CBD products we love to our beautiful home state and to people who will greatly benefit from them.”

Koios Beverage Corp., the parent company of Fit Soda and Koios brand functional beverages, announced this week it has partnered with sports nutrition distributor Muscle Foods USA. According to a press release, the deal will give Koios access to up to 4,000 specialty sports nutrition retailers nationwide.

According to the release, Muscle Foods operates warehouses in Nevada, Pennsylvania, Virginia, Texas, Mississippi and Indiana.

Koios currently has placement in more than 4,400 accounts nationwide, including Walmart and GNC stores.