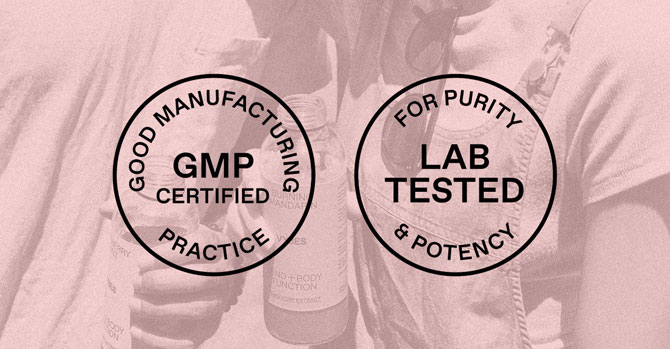 As startups race to seize shelf space in the emerging market for hemp-infused products, CBD beverage makers have witnessed an influx of competition using low grade ingredients and mislabeled doses. As the category faces increased scrutiny from not just state and federal regulators, but consumers who are inexperienced with or skeptical of hemp-based products, many beverage brands are prioritizing transparency and education.

Last month, California-based beverage maker VYBES announced it has created two quality seals for CBD beverage products, which will begin appearing on the company’s own drinks next month. The seals include “GMP Certified” — which promises that VYBES products are made with “Good Manufacturing Practices” in FDA licensed bottling facilities — and “Lab Tested,” which assures consumers that the company’s drinks have been tested for potency and safety by a third party. The FDA recognizes and has developed regulations for Current Good Manufacturing Practices for drugs and for food.

Speaking with BevNET, VYBES CEO Jonathan Eppers said the company has been independently testing each of its production runs and making the results available on its website since its launch last year. While many CBD beverage makers test their products, not all have made the results available to consumers. Eppers said he believes that in the rush to profit off of an emerging trend, the market for CBD consumables has been impacted by products that often contain less CBD than advertised or are polluted with heavy metals and toxins. The seals, he said, will be available to the industry to use without cost in an effort to create consumer trust for the entire category.

“My concern is that if the consumer doesn’t feel something or believe that they’re actually experiencing these functional benefits from what they consume [from another brand] then it may prejudice them against all of us,” Eppers said.

VYBES also plans to add QR codes to its bottles which will link consumers to the lab results for that particular bottle’s production run — regardless of whether the results are positive for the brand or not, a decision that Eppers said proves the brand is committed to transparency. The company currently tests all of its products with Milford, Massachusetts-based Pro Verde Laboratories, and while most of its recent production runs show its CBD content slightly exceeding the advertised 25 mg per bottle, past VYBES runs have produced results well below that number. 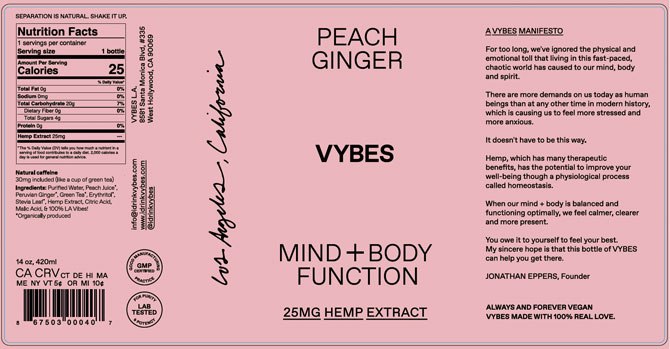 “Some consumers are directly asking about this,” he said. “So we want to make more consumers aware so they will also know what to look for and what to choose when they’re in a store looking to purchase these kinds of products.”

VYBES QR code plan is also not new. Several states, including Florida, Indiana, Texas, and Utah now require all CBD products to include QR codes in order to promote transparency.

Ryne O’Donnell, founder and CEO of wellness beverage brand Sol-ti, said he supports the addition of QR codes to beverages and told BevNET he believes there are ways to use the technology to further educate consumers, suggesting brands could not only include lab results but also videos, including information on the supply chain and the farms that supplied the ingredients.

“The important thing for the industry is going to be third party verified certificates of analysis, O’Donnell said. “And it should have the full cannabinoid spectrum of what’s in each product by batch.”

VYBES decision to create its own seals, however, raises concerns about third party verification. While there are existing seals for Good Manufacturing Practices, the company’s decision to create its own seal has not been approved by a third party. As well, Eppers declined to disclose the company’s co-packer, which he said has its own GMP certification to back up VYBES’ seal.

Justin Prochnow, an attorney and shareholder with Greenberg Traurig LLC, told BevNET that the company is within the law to create its own certifications, however guidance from the Federal Trade Commission (FTC) advises that companies do not misrepresent such seals by implying that they are created by a third party. While VYBES has been transparent about its creation of the seals, Prochnow noted that without a disclaimer on the packaging consumers could still claim to have been misled.

“In my opinion, you should make it clear it is your own seal and not someone else’s,” Prochnow said. “The FTC is always big on disclosing material connection, so you need to make sure people understand that it’s your own.” 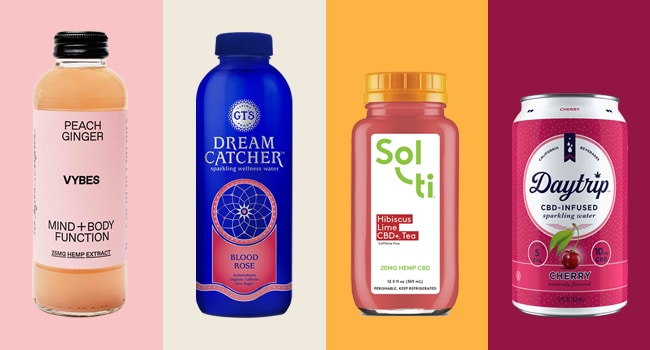 GT Dave, the founder and CEO of GT’s Living Foods, told BevNET he was also concerned about bad actors in the CBD space, noting that he feels the green rush has led fresh entrepreneurs new to the beverage industry to be taken in by unscrupulous or similarly inexperienced suppliers.

“A lot of times it’s not intentional on the brand side,” Dave said. “We get contacted almost daily by suppliers trying to pitch their CBD ingredient. The pricing is all over the place, the promises are all over the place, and the sourcing and the integrity of the ingredients seem to be kind of touch-and-go. So whenever we engage one of these fly-by-night suppliers, we ask them pointed questions. That’s when you kind of see that their answers slowly fall apart.”

Dave expressed support for lab testing and making results available to the public, stating that “anything you can do” to convince consumers of CBD’s efficacy will help the category. However, he also voiced concern that promoting CBD as a “cure all” product, as some brands have done, could put the ingredient on a similar trajectory as past trends such as St. John’s Wort, echinacea, kava kava, and Ephedra — a path towards ultimately losing consumer faith due to false claims and poor quality products.

“It’s always heartbreaking because I think all those ingredients are great and I think they have a place in people’s lives,” he said. “But they’ve been tarnished by bad behavior, so I think that’s the spirit of this conversation and certainly the initiatives that are going on [to educate consumers] is to try and protect CBD so it can have a place in people’s lives who need it and who can benefit from it. But not to make it this cure-all ingredient, because there’s no such thing as that.”

Daytrip, a CBD-infused sparkling water brand which launched earlier this year, has similarly taken precautions in its manufacturing process and worked to inform its consumers about its testing methods. Lynn Furge, CMO at Daytrip, told BevNET that the company lab tests its products in three stages: during formulation, during production, and with a third party lab after production. While the brand identity is centered on happy-go-lucky relaxation, Furge said the company has made its transparency for its production process a pillar of its marketing.

“Publishing white papers is a really great way to start having a more robust conversation about what’s in there,” Furge said, noting the detailed FAQ section on the brand’s website. “Everybody has a different story about how they’re taking their brand to market, so it’s about what makes their consumers feel comfortable with their product.”

While entrepreneurs believe consumer trust is vital for the category’s growth, many retailers and distributors are also beginning to require CBD-infused brands provide lab results before purchasing their products in order to prove drinks contain the advertised dosage, and do not contain THC or pollutants.

Chris Larue, president of Florida-based distributor Sunshine State Distributing, which works with both VYBES and Daytrip, said he believes the distributor has a responsibility to ensure the quality of products before delivering it to stores.

“We have to give consumers confidence that what they’re putting in their body isn’t going to cause them to fail a drug test or get them in trouble with the law, or anything like that,” Larue said. “We need to make sure everybody is doing the right thing and that we can be confident that we’re selling people what we say we’re selling.”

Since the spring, Eppers noted, some retailers that carry VYBES have begun requesting documentation verifying the product’s claims. Although Daytrip launched a year later, Furge said she believes the change has come not only to ensure trust with consumers, but because retailers and distributors could also be on the hook if federal regulators initiate a crackdown on substandard products.

In a Washington Post opinion piece published in July, former FDA commissioner Scott Gottlieb suggested that the government may adopt rules similar to what VYBES has emphasized, noting that any guidance offered by the administration will “include meeting good manufacturing requirements, demonstrating traceability, adhering to safe levels for the purity and potency of the CBD being added.” Senate majority leader Mitch McConnell has been vocal in advocating for the FDA to fast track the issuance of temporary guidance for hemp-derived CBD products.

“We have a responsibility to ensure the public that these products are safe, and no one’s required to do anything right now so it’s incumbent on us to take the lead and do this before regulations come down on us,” Eppers said. “Continuing to build trust in the marketplace with the customer, distributors, retailers, and really with regulators. We’ve had our issues with regulators across the country, but if they know we’re trying to do the right things it could open up a more proactive dialogue. “