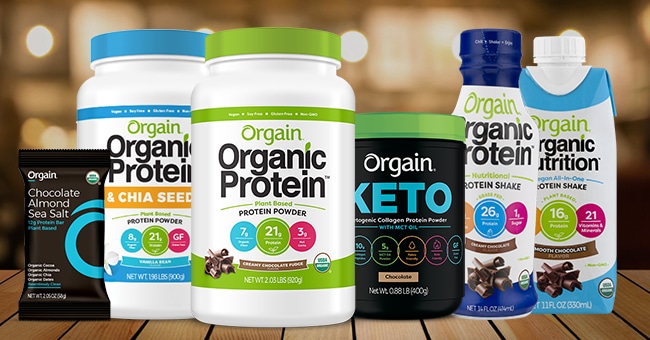 Having steadily grown into a category leader over the course of nearly 11 years, organic protein drink and snack brand Orgain is not about to tear up the script now.

Last month, the Irvine, California-based company, founded in 2009, announced it had been acquired by private equity firm Butterfly, the firm’s second major transaction of the calendar year, following its purchase of Bolthouse Farms in April. Though financial details of the deal were not released, it’s likely significant; in addition to shelf-stable ready-to-drink shakes, Orgain brings with it a growing roster of organic protein products including powders and bars.

Recapping the deal, Orgain founder Dr. Andrew Abraham said an agreement had finally been reached after a long gestation period of over four years, pointing to the two parties’ shared values and ethics as sources of common ground. Orgain will remain a standalone entity within Butterfly’s portfolio and Abraham will continue to run the company from its current headquarters.

“We have just been focused on growing the brand as strategically as possible,” said Abraham. “We didn’t have an intention to get out there and have the company for sale; It was just something through mutual conversations started to make more and more sense.”

As with virtually every corporate acquisition, Orgain’s new ownership group is expected to inject new energy and resources into the brand. Along with providing a boost in marketing and a path towards international expansion, however, Abraham said that in particular Butterfly can “add fuel to the fire on our innovation.” The company currently markets both dairy and non-dairy protein shakes, a nutritional shake and a kids line, as well as two different types of bars and a range of powdered supplements. Despite moving into other formats, Abraham said Orgain’s foundation — and future — lies in ready-to-drink products and a “commitment to rapid innovation” on both sides of the plant-based divide.

“A lot of companies may do dairy very well or plant-based very well. We are very fortunate in that we do both categories and do them very well,” he said. “The question is now how can we continue to innovate, but at a more rapid pace? How can we do things a bit more strategically and expand quickly.”

Stepping further back, what protein drink innovation even looks like is up for debate. Unlike when Orgain launched in 2009, the protein set doesn’t have a singular product format or target audience. Protein has evolved from a showcase ingredient to an added-value proposition for many products; take protein water, nonexistent as a subcategory just a few years ago, now counting a handful of brands including Trimino, Protein2o, Ready Protein Water and others. As consumers seek more plant-based functional beverages, protein has become fertile ground for brands to plant their flag, whether in the form of dedicated platforms — such as Koia, OWYN or Muscle Milk’s EVOLVE — or for line extensions, as with Harmless Harvest and Mamma Chia. At the same time, whey protein remains the dominant force in the category, powered by legacy names like CORE Power and Boost, but disruptive newcomers such as Iconic Protein are also helping to reshape that segment into something more accessible, in particular for female consumers.

In keeping its innovations under a unified brand identity, Orgain is leveraging a decade’s worth of brand equity with consumers to explore new ingredients and formats. In addition to grass-fed whey protein choices, the company currently offers a vegan, pea protein-based ready-to-drink shake in three versions: one with 16 grams of protein and the other with 20 grams, plus a single zero-sugar SKU with 21 grams of protein. It also offers two almond milk-based flavors.

That evolution has helped the category’s reach to extend beyond athletes and bodybuilders. In the minds of many consumers, protein drinks have transitioned from a use-specific product to a daily nutritional supplement, which has allowed them to grow into lifestyle brands. That change brings new opportunities to connect with a broad audience on multiple levels, along with the challenge of finding out exactly what they want from their protein drinks.

“The vast majority of our consumers are in that lifestyle demographic,” he said. “They are looking to improve their health. Now more than ever they are not just looking for products that they like, but brands that they love.”