New York, NY
This is a past event. Replay all presentations and view upcoming events. 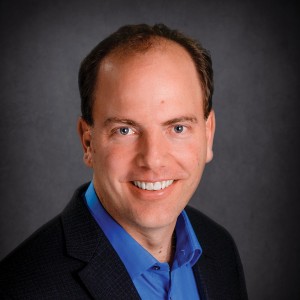 Bringing an exciting, live case study to the stage, Kevin Klock, CEO of Talking Rain, will speak at BevNET Live on “Pedal to the Metal” expansion strategies for rapid-growth beverage companies. Klock’s talk will highlight the May 14 and 15 event in Manhattan at the Metropolitan Pavilion.

Klock, whose guidance has helped Talking Rain’s premier product, Sparkling ICE, grow into the position of the fastest-growing beverage brand in the country, will share his ideas about the ways that companies that are growing up can do so while experiencing minimal growing pains. After presenting at BevNET Live at the end of 2012, the company has continued to grow, building a national DSD network and setting its sights on the convenience channel as its next battleground.

For Sparkling ICE, accelerated growth has led to issues of staffing and sales alignment, new channel expansion, spending widespread marketing strategies, and the challenge of competition from the established beverage giants.  Leading a company through that period requires strategic thinking on the part of leadership and the development of a wider organization to execute behind growth initiatives. But those strategies are not limited only to larger companies. In discussing the way Talking Rain has engaged the challenges and solutions of its own ascent, Klock will attempt to provide the BevNET Live audience an overall set of contours for embracing growth and change in their own companies.

Kevin Klock has more than 22 years of experience in the food and beverage industry. He has helped lead TalkingRain to its most successful year in the history of the 25-year-old company, which is now one of the world’s fastest growing beverage companies. An engineer by training, Klock has helped TalkingRain grow more than 300 percent in sales in less than two years since taking over as president. He is now CEO.

A graduate of Oregon State University with a BS in chemical engineering, Klock has a unique approach to business management that marries his operational and scientific background with a passion for building strong teams that collaborate to achieve success. He has a keen understanding of the food and beverage industry from many perspectives and a unique expertise in turning around businesses.

His first opportunity to lead a business to success was at Ralston Purina, soon after graduating from college. As the production supervisor overseeing international operations, Klock turned a money-losing venture into a profitable operation.  He further developed those same business and operational skills at Nestlé where he spent seven years in a variety of operations and leadership positions. Again, he successfully turned around an unprofitable manufacturing facility as the production manager for the FoodServices Division.  From Nestlé Kevin moved on as a plant manager for Dairy Farmers of America in a facility producing Frappucino for the Pepsi/Starbuck’s joint venture. Once more, he proved his ability to achieve profitability by balancing business acumen with operational efficiency.

Klock began at TalkingRain in 2006 as vice president of operations. In May 2010 he took the helm as senior vice president and general manager and then president in 2011.  Since taking the leadership role at the company, he has guided TalkingRain with a strategic focus on Sparkling ICE – a 20-year old brand that Klock helped grow from $10 million to more than $300 million in sales.

BevNET Live Manhattan will be held on May 14 and 15 at the Metropolitan Pavilion in New York City. It is a two-day conference for beverage entrepreneurs, suppliers, distributors, retailers and investors to gather, speak, exchange ideas through interactive panels and lectures, and enhance their marketing and product development strategies through our Beverage School. Attendees can tap the expertise of investment professionals who can help groom them to attract money, business owners with inspiring success stories, and the BevNET.com community, which has spent a decade dedicating itself to careful reporting on the fast-moving beverage industry. More than just a conference, BevNET LIVE includes networking options including the BevNET LIVE Expo, beverage breaks, cocktail receptions and more.