New York, NY
BevNET Live is sold out, but more tickets may become available.
This is a past event. Replay all presentations and view upcoming events. 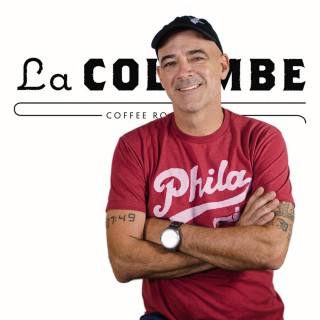 La Colombe, a retailer and roaster of super-premium coffee, is often lauded by as one of the foremost innovators in the coffee business. The company, which operates cafes in Philadelphia, New York City, Boston and Chicago, has developed a range of uniquely crafted beverages, including its popular “Draft Latte.”

As it continues to expand its cafe business, La Colombe has also set its sights on elevating consumer expectations for RTD coffee. In a discussion at BevNET Live Summer 2016, La Colombe co-founder and CEO Todd Carmichael will speak about how the company plans to leverage its skill in brewing and blending to introduce the brand and a new line of packaged coffee beverages to a broad set of consumers.

BevNET Live is expected to sell out soon, so if you are planning on attending and have not yet registered, now might be your last chance!

Todd Carmichael is the co-founder and CEO of La Colombe Coffee, a premier coffee roaster and retailer. Carmichael has lived and breathed coffee for over three decades. By pressing the limits of taste, service, and most notably, coffee sourcing – visiting the world’s developing countries to responsibly gather the planet’s best coffee – Todd has converted the nation’s culinary elite into La Colombe drinkers. Along the way, he has made his company the country’s leading coffee roaster while managing it philanthropically. Fueled by Todd’s passion to push the U.S. coffee scene forward, La Colombe sits at the forefront of the ethical trade movement and regularly dabbles in new terrain, inventing ground-breaking new brewing devices and beverages, such as the first ever Draft Latte. He is also the host of two Travel Channel series, “Dangerous Grounds” and “Uncommon Grounds.”

Taking place at the Metropolitan West in New York on June 14 & 15, BevNET Live Summer 2016 is a two-day forum for beverage entrepreneurs, suppliers, distributors, retailers and investors to gather and exchange ideas through interactive panels, lectures, and networking. Attendees are able to access the expertise of investment professionals on ways to attract funding, successful brand owners about their inspiring stories, retail and distribution gatekeepers on growth strategies and industry advisors on sales, marketing, and branding challenges. BevNET Live offers extensive and in-depth programming and networking with other attendees and the BevNET.com community, which has spent more than a decade dedicating itself to careful reporting on the fast-moving beverage industry. More than just a conference, BevNET Live includes exclusive offerings including the BevNET Live Expo, the New Beverage Showdown, a Sampling Bar option for all attendees, a Beverage School for new entrepreneurs, and more.