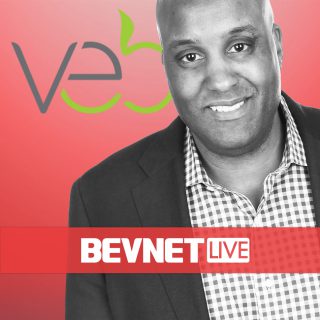 G. Scott Uzzell, the president and general manager of Venturing & Emerging Brands (VEB) at The Coca-Cola Company, will speak at BevNET Live on June 13 on his company’s experience surveying, partnering with, and developing the landscape of entrepreneurial beverage companies over the past decade. Uzzell will also provide a look at the future and how VEB is positioned to do even bigger things in the years ahead.

VEB, which was launched with the mission of finding Coke’s next billion dollar brands, is now in its 10th year. VEB is responsible for a portfolio of brands like Honest Tea and ZICO, as well as limited investment partnerships with beverage advisory and investment firm First Beverage Group and beverage brand incubator L.A. Libations. The unit has been highly influential, not just within its parent company but also as a thought leader on the success factors that influence the development of entrepreneurial beverage companies.

Uzzell will share a look at VEB’s thought leadership for the BevNET Live audience, mining the past 10 years for lessons and thoughts, plus a look at what he foresees. Uzzell is not just as an investor but also the former CEO of ZICO, itself one of VEB’s best-known investments. Uzzell’s talk will also look to the future, addressing both his company’s relationships with entrepreneurs and some of the imperatives emerging brands must fulfill to realize their full potential.

BevNET Live Summer 2017 takes place on June 13 and 14 at the Metropolitan West in Manhattan. The event is a twice-a-year conference that connects beverage entrepreneurs, suppliers, distributors, retailers and investors to foster innovation, creativity and cooperation to accelerate advancement of the beverage industry.

Uzzell began his career at Coca-Cola in 1993 in the Minute Maid Division, where he spent nearly three years working across category development and customer teams. He left the company to pursue his MBA and then spent two years with Nabisco before returning to Coca-Cola in 1999 in the Strategy & Planning Function.

He was named COO and EVP of ZICO in early 2013 and subsequently CEO.

Uzzell holds a bachelor’s degree in business from Florida A&M University and an MBA from the University of Chicago. He lives in Atlanta with his wife, Sunda, and their two children, Tanner and Sawyer.