BevNET is pleased to announce that CNBC Reporter – and noted beverage author – Darren Rovell will be speaking at BevNET Live on June 4, 2012. Rovell, who has covered the sports business beat for the network since 2006, is one of the country’s leading authorities on the intersection between sports, media and marketing. 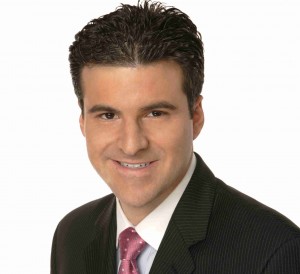 He’s also a social media savant whose Twitter feed is considered required reading for a broad spectrum of marketers, athletes, and fans. Rovell’s interest in the beverage business is deep and abiding: he has attended BevNET Live in the past – even producing a video based on many of the products sampled there – and is also the author of First In Thirst, a history of the product Gatorade.

BevNET Live’s New York will be held on June 4 and 5 at the Metropolitan Pavilion, a meeting and event space at 125 W. 18th Street in Manhattan.

Early registration is available through April 15. Questions regarding registration or sponsorship inquiries can be directed to the BevNET Sales Team at 617-231-8888 or sales@bevnet.com.

BevNET Live’s June 2012 New York City event will be held at the Metropolitan Pavilion in Manhattan. Early Bird tickets are available through April 15. BevNET Live is a two-day forum for beverage entrepreneurs, suppliers, distributors, retailers and investors to gather, speak, exchange ideas through interactive panels and lectures, and enhance their marketing and product development strategies through our Beverage School. Attendees can tap the expertise of investment professionals who can help groom them to attract money, business owners with inspiring success stories, and the BevNET.com community, which has spent a decade dedicating itself to careful reporting on the fast-moving beverage industry.

Darren Rovell is CNBC’s Sports Business Reporter. He is responsible for both analyzing and reporting on the sports business world on all of CNBC’s programming including “Squawk Box,” “Power Lunch” and “Street Signs.” He is also author of the “Sports Biz” blog on CNBC.com

Since joining CNBC in July 2006, Rovell has interviewed many of the world’s greatest athletes and the sporting world’s top power brokers, including Michael Jordan, Tiger Woods, Maria Sharapova, NBA Commissioner David Stern, super agent Scott Boras, and Under Armour CEO Kevin Plank. He also reported and anchored the CNBC primetime documentary “Swoosh! Inside Nike,” which took viewers through the company’s history to the factory floors in Vietnam. It was nominated for an Emmy. Rovell won an Emmy for his contribution to NBC’s 2008 Election coverage.

Prior to joining CNBC, Rovell served as sports business writer for ESPN.com and reported on the world of agents, stadium deals, endorsements and contracts on ESPN’s flagship, “SportsCenter,” its investigative show, “Outside the Lines,” and had weekly segments on ESPNEWS. Rovell is also the author of two business books. First In Thirst: How Gatorade Turned The Science of Sweat Into A Cultural Phenomenon and On the Ball: What You Can Learn About Business From America’s Sports Leaders