BevNET is pleased to announce that Lance Collins, the brand architect who created innovative beverage brands Fuze and NOS – and now, Body Armor – will speak on the topic of “Making the Brand” during the December, 2011 BevNET Live in Santa Monica.

The presentation will be the first of many can’t-miss talks and panels at the event, taking place on Dec. 5 and 6 at the Loews Santa Monica Beach Hotel in Santa Monica, Calif. 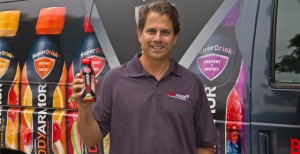 Collins, now in his fourth decade in the beverage industry, has also worked as a distributor, investor, and adviser to many brands. His ability to combine current trends – like the consumer embrace of healthier, low-calorie products, or automotive racing culture – with well-designed beverages has been both creatively and financially rewarding. Collins’ sale of Fuze to the Coca-Cola Co., Inc. in 2007 took place just six years after the brand’s introduction.

The addition of Collins as a headlining speaker is just one of several key announcements that will take place concerning BevNET Live in the weeks to come. Potential attendees should be aware that there are short term discounts available for early sign-ups and hotel rooms.