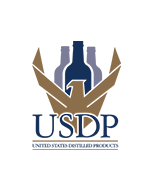 MINNEAPOLIS–(BUSINESS WIRE)–United States Distilled Products, Co. (USDP), one of the most innovative and enduring distilled spirits companies in the U.S., today announced the appointment of Mike Duggan as Chief Executive Officer. With over two decades of experience in the spirits and consumer packaged goods industry, Duggan is a proven leader who brings a wealth of expertise to the independently-owned Minnesota-based company. His appointment is effective January 1, 2015.

As CEO, Duggan will oversee the continued growth and expanded distribution of celebrated spirits brands, including the Phillips Distilling Company portfolio, a subsidiary of USDP, which include UV Vodka flavored vodkas, Prairie Organic Spirits, Revel Stoke Whiskies, Phillips Spirits, and Sour Puss Liqueurs. Duggan will also be charged with building upon the company’s legacy of innovation and industry firsts, which includes the creation of America’s first schnapps in the 1930s, to flavored vodka in the 1950s, to flavored whiskey in the 1990s.

“We are delighted that Mike Duggan will be the next CEO of United States Distilled Products, Co.,” said Dean Phillips, Chairman of the Board of USDP. “With an established track record of developing and executing strategic programs that have delivered expanded distribution and growth, Mike is a great addition to our team. His skilled leadership and keen ability to identify opportunities for development will ensure that the company continues to be a leader and pioneer in the spirits industry.”

“The opportunity to join a company that has been producing some of America’s most celebrated spirits for over a century is exciting to me,” said Duggan. “The company’s success in developing new innovations while maintaining the reputation of some of today’s most respected, heritage spirits will allow me to leverage my past experience to help take the company to the next level.”

Duggan’s career also includes a five-year tenure at ConAgra Foods, an American packaged foods company, where he held various marketing positions. He earned an MBA from the University of Minnesota Carlson School of Management and a BA from Hobart and William Smith College. Duggan is based in Minneapolis, MN.

Phillips Distilling Company (Phillips) is one of the most innovative and enduring distilled spirits companies in the U.S. Over 100 years in the making, Phillips continues to produce high-quality products using only the finest ingredients, sourced from around the globe. From America’s first schnapps in the 1930s, to flavored vodka in the 1950s, to flavored whiskey in the 1990s, Phillips is consistently a pioneer in the spirits industry. The Phillips portfolio includes UV Vodka flavored vodkas, Prairie Organic Spirits, Revel Stoke Whiskies, Phillips Spirits, and Sour Puss Liqueurs. Phillips Distilling Company is a subsidiary of United States Distilled Products. The company is based in Minneapolis. www.phillipsdistilling.com