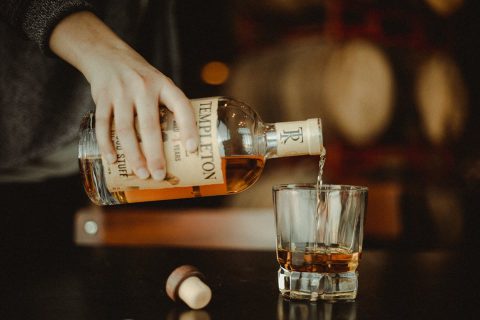 ONTARIO, Canada — ¾ Templeton Rye Spirits has announced an agreement with four exclusive agents for the distribution of the Templeton Rye American Whiskey Portfolio in Canada. A major coup for the Templeton Rye brand in what is what will prove to be a strategic market for the brand over the coming years.

Under the agreements Templeton Rye will be represented exclusively in Ontario by “Woodman Wines and Spirits,” in Quebec by “Societe Clement,” in the Western Provinces by “Vintage West” while McCarthy Wines and Spirits will cover Atlantic Canada.

“We are delighted to secure and partner up with four fantastic exclusive partners in the Canadian market,” said Shane Fitzharris, Executive Vice President of Global sales. “We are firm believers in the regional approach to Canada as it allows us build a coordinated approach and route to market for our brand and subsequently provide a much more cost effective and focused distribution network. Then add to this the muscle and expertise of our partners in Canada and it gives the Templeton Rye brand a serious opportunity to continue to grow from strength to strength”

Templeton Rye’s decision to expand into Canada comes on the heels of their new distillery opening in Templeton, Iowa. With the opening of this distillery, Templeton Rye brings all parts of the whiskey-making process back to Templeton, where it started decades ago. The whiskey’s investment in the distillery expansion illustrates the company’s continued dedication to its hometown.

“We’re thrilled to begin our partnership with Templeton Rye. With the completion of the new distillery, a renewed focus on international sales, and exceptional quality in the bottle, we’re confident. Templeton will be an important part of the rapidly growing American whisky category. Templeton nicely rounds out our portfolio of fine spirits and is an exciting, and very welcome, addition,” said Jason Woodman of Woodman Wines and Spirits in Ontario.

Since April 2016, Templeton Rye has introduced two new products: a whiskey aged for six years, and a 10th anniversary product with limited-edition serial numbers labeled on the bottles. Also, the brand’s signature 4-Year-Old Whiskey is now available nationwide in a 1-liter bottle.

Templeton Rye Whiskey, introduced legally in 2006, tracks back to the early 1920s when residents of Templeton distilled a much sought-after rye whiskey. That bootlegging enterprise, forced underground during the Prohibition era, nonetheless flourished during that period. Today, the whiskey may be slightly different—instead of stills in basements and barns, the company has a modern, legal plant—but the entrepreneurial spirit remains true to Templeton’s roots.

On August 7, 2018, Templeton Rye Spirits, LLC marked the beginning of a new chapter, highlighting a rich history with the community they call home. The 34,500 square-foot distillery, a $35 million project, was a significant investment in the community of Templeton. Templeton Rye Whiskey is proud to bring the production of their legacy rye home.