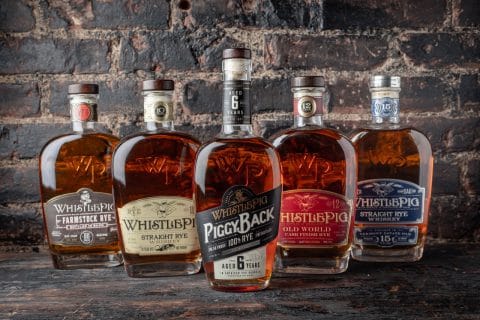 SHOREHAM, Vt.— WhistlePig, the no. 1 distiller in the fast growing, ultra-premium and luxury rye whiskey category, has announced that it received a $55 million revolving line of credit from JPMorgan Chase, extending the existing $40 million line with JP Morgan Chase, which was received in April 2018. The credit facility will provide the company with incremental funding to accelerate the production and aging of premium rye whiskey.

The credit facility will support all aspects of WhistlePig’s business, in addition to increasing the company’s production capabilities. The company is building new warehouse facilities, which will increase its in-house storage capacity.

“This additional investment comes at an exciting time for WhistlePig. Our company continues to lead the resurgence of the ultra-premium and luxury rye whiskey category, we look forward to continuing to introduce new products and innovate across the category,” says WhistlePig CEO, Jeff Kozak.

Most recently, WhistlePig debuted PiggyBack Rye Whiskey to the US market. Several years in the making by WhistlePig’s celebrated master distiller, Dave Pickerell, alongside WhistlePig’s Master Blender, PeteLynch, PiggyBack comes in at a more accessible price-point. WhistlePig will expand and bolster its involvement in events, sponsorships, and activations on both a regional and national level. PiggyBack will be supported in the market via an all-encompassing marketing campaign, under the tagline “Together We Ryed.”

“WhistlePig has been a valued partner since 2017.  We have had the opportunity to work closely with management, understand their needs and find solutions to best achieve their goals,” said  Vernon Studer, executive director at JPMorgan Chase.  “Given our robust industry expertise and Investment Banking coverage, we have become a trusted partner, while providing treasury services and ongoing working capital support.  We were thrilled to provide this latest round of growth capital.  We are fortunate to be able to partner with WhistlePig, and help support their continued growth.”

Founded in 2008,WhistlePig is the premier aged rye whiskey, featuring the bold and often untapped flavor of rye. WhistlePig is leading a surge of innovation in the emerging field of North American whiskey. As the most decorated rye whiskey –having received the coveted ‘Best in Show Whiskey’ title from the 2017 SanFrancisco World Spirits Competition, WhistlePig is widely viewed as the world’s finest Rye. With the opening of its distillery on its 500-acre Vermont farm in the fall of 2015, WhistlePig has also become one of the leading farm-to-bottle rye whiskeys in the world. Visit whistlepigrye.com.