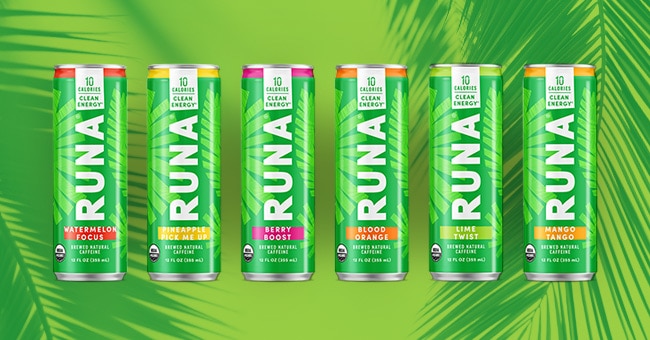 All Market Inc. is taking a measured approach for growing both natural energy drink Runa and coconut water brand Vita Coco, aiming to use product innovation and updated branding to develop a bigger and deeper presence within existing key retail accounts.

Over the last 18 months, All Market has taken its first steps beyond the core Vita Coco brand around which the company has been built since 2004, acquiring Runa in 2018 and introducing Ever & Ever, a line of still and sparkling waters in recyclable aluminum bottles, last June. In Runa’s case, Kirban admitted that the brand’s initial relaunch under its new ownership last March was rushed to market in order to meet authorizations, while its distribution footprint was limited to Amazon and a pair of large format retailers, first Safeway and later adding Kroger, both serviced by Keurig Dr Pepper’s DSD network.

The early results were mixed; while leading the natural energy category in sales on Amazon, Runa’s zero-calorie line was generating polarized responses on taste and its packaging design struggled to generate excitement on-shelf, Kirban said. In response, Runa has been redeveloped as a low-calorie drink (10 calories across all six SKUs) with a new package design and a more mainstream flavor profile that can help shift the brand from natural and specialty accounts to mass and conventional.With all SKUs now being 10 calories, Runa’s new look ditches the color-coded wraps (green for full calorie and white for zero calorie) of its previous iteration in favor of a unified green backdrop, with a color band at the top to indicate flavor. Several of the flavor names have also been adjusted to highlight functionality, such as Watermelon Focus, Pineapple Pick Me Up and Berry Boost. Each contains 150 mg of caffeine and a suggested retail price of $2.79.

Though the brand has experienced several fits and starts over recent years, Kirban, originally an investor and board member in Runa before acquiring the company, said he was excited about the brand’s prospects to keep building online and to breakthrough at brick-and-mortar retail, where it has begun to score authorizations at “c-stores and other channels where the brand has never been before.” According to SPINS, in the natural channel, sales of natural energy drinks are up 11.7% (approximately $41 million) year-over-year through January, with guayusa being a top ten primary functional ingredient in the category.

“What is working for the people is the efficacy of the product,” added All Market’s chief marketing officer Jane Prior. “They get this incredibly special, clean energy and mental focus, but the taste profile is polarizing because guayusa is an unique ingredient.”

The release of Runa’s new version will not, at least this year, coincide with a major distribution expansion, according to Prior. Rather, the brand will instead be aiming to drive velocities within its current key retail partners — Kroger, Wegmans and Safeway/Albertsons chief among them — and will be supported by a new marketing campaign in New York City, Los Angeles and Denver. The product will have a limited presence in the convenience channel as well, said Prior. 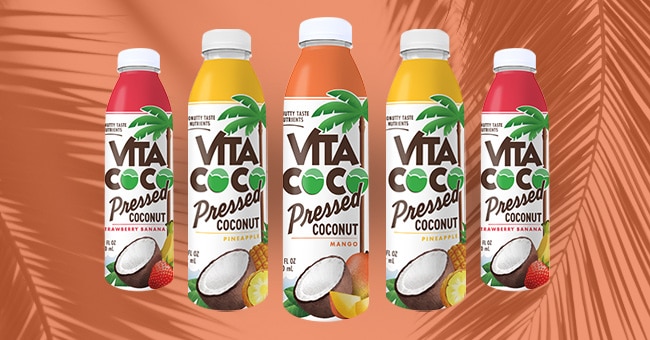 Meanwhile, this spring’s expansion of Vita Coco’s Pressed Coconut line with two new flavors, Coconut Strawberry Banana and Coconut Mango, is an encouraging indicator that the brand may have found a taste profile and product format that could unlock further category growth. Originally introduced as a flavor within Vita Coco’s core product family, Pressed Coconut — a blend of coconut water and coconut puree, plus vitamin C and less than 1% sugar — now stands as its own sub-brand, complete with four SKUs (Pineapple joined Original last year) and a unique visual identity in 500 ml and 1 L PET bottles.

By focusing on offering an appealing flavor first and foremost, Kirban said, Pressed has expanded the conversation around coconut water beyond taste — and positioned it to appeal to different consumers. In a sign that the brand’s various attempts to address coconut water’s polarizing taste head-on are having an impact, Prior noted that 60% of Pressed sales were incremental to the category. The line has also driven 18% growth of the total category, according to the company. The product is available in Walmart, Kroger, Target, Albertsons/Safeway and other large format retailers.

“[Coconut water] has always been talked about for functionality, but now people are talking about the taste and how good it is, which, to me, after doing it for all these years, is just different,” Kirban said with a laugh.

All Market’s interest in emerging beverage trends and categories have also birthed two other nascent but growing areas of its business. The aforementioned Ever & Ever is still gathering momentum, thus far mainly focused on serving food service accounts via New York DSD partner Big Geyser, but is poised to take a step forward this month with its first major retail expansion at 4,500 CVS stores, to be followed by launching at Whole Foods Northeast stores later in March.

“Alternative-packaging bottled water, as a category, plays well in the on-the-go cold consumption occasion,” he said. “I don’t think Ever and Ever is ready for large format retail yet.” 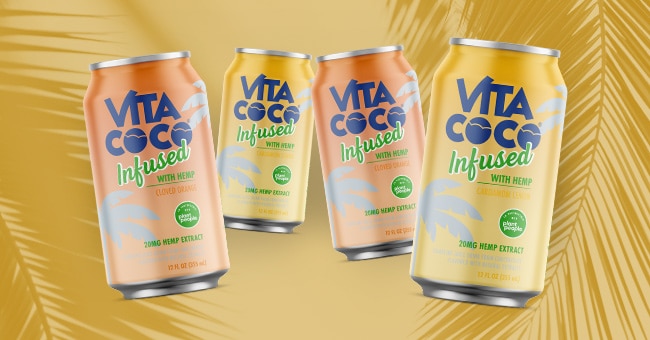 Another on-trend product line — Vita Coco Infused with Hemp, sold in 12 oz. cans — is also making small strides. The drink, which includes 20 mg of hemp extract per can, was introduced in the United Kingdom last year, but its wide U.S. rollout is still some time off. After its originally planned launch with Big Geyser was shelved late last year, the line debuted earlier this month in two flavors — Cloved Orange and Cardamom Lemon — in the Mid-Atlantic via Pennsauken, N.J.-based Canada Dry and PepsiCo bottling affiliate The Honickman Group.

“We’re not leaning on this to be a growth driver for our business, unless things really change in the U.S.” Kirban said. “I think it’s really challenging, specifically for some of these new brands where all they are doing is hemp-infused products. I think the challenge for them is that there is nowhere to sell this stuff today. Maybe consumers want it, but it’s hard to make it available to them.”