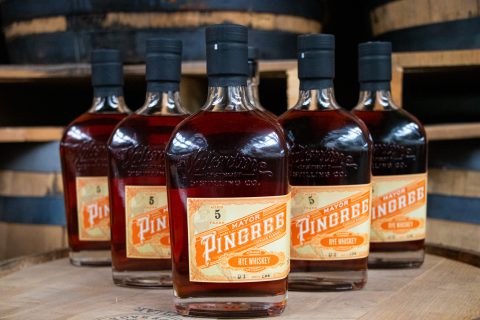 These barrel strength, non-chill, filtered whiskeys are the youngest single-barrel expressions Valentine has released to date. The current release of these barrels was distilled on the famed column stills of MGP Ingredients in Lawrenceburg, Indiana, and have been aged and bottled in Valentine Distilling Co.’s eco-friendly, Ferndale, Michigan distillery.

A limited amount of these cask strength barrels have been hand-picked by select Michigan retailers with additional markets launching later this year. The 5-year single barrel bottles have a suggested retail price of $65.99 which is a tremendous value given their quality.

“We’ve had such a strong demand for Mayor Pingree bourbon and rye that it’s great to bring more of them to market,” said Rifino Valentine, Founder of Valentine Distilling Co. “It is nice to see the enthusiasm not only with these casks, but with our entire line of whiskey. I don’t think these will stay on the shelves very long.”

Valentine Distilling Co. is an eco-friendly, clean and green, sustainable manufacturer. In 2019, Valentine Distilling Co. unveiled its commitment to a 10-year climate sustainability initiative. Its 10-year initiative projects to save 4.75 million gallons of water over the 10-year period and invest $500,000 toward the goal of reducing energy usage, recycling, and re-using raw materials and generating clean energy.