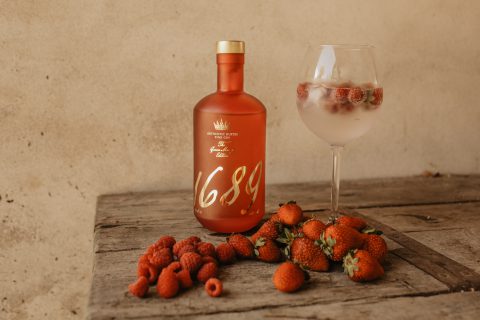 Gin 1689, has completed its second funding round in less than 2 years from well-known angel investors and top executives.

This fresh investment will be used to develop new products and markets in China, Eastern-Europe and the Americas.

The Amsterdam-based company was founded by Alexander Janssens and Patrick van der Peet in 2017 after an 18-month search in the British Library for the authentic recipe dating back to the start of the gin craze with the coronation of William of Orange the Third, in 1689.

Sharing his news, owner Alexander Janssens, states “We are excited and proud about our new investments and are looking forward to strong growth in Europe and beyond.”

Alexander continues; “furthermore product development is also important to us and we see a shift in the market to smaller packaging, for example 500ml and RTD. Additionally, in this competitive arena it’s important to explore and launch new product flavors to differentiate ourselves from our competitors. This new investment-round enables us to achieve all of this.”

Distilled in Schiedam, Holland, Gin 1689 recently launched the 1689 Queen Mary Pink gin, named after the wife of William of Orange.

Amsterdam’s Gin 1689 is based on a three-century-old gin recipe dating back to the time when William of Orange the Third, introduced gin to the British population and the gin craze started.

Since itslaunch, Gin 1689 has won many accolades with the highlight being winning Gold at the Gin Masters in London in the premium category. Last summer Gin 1689 launched the first Dutch Pink gin and received great coverage on the BBC and in National Newspapers e.g. The Telegraph. In the UK Gin 1689 is being distributed by Distilled Brands.