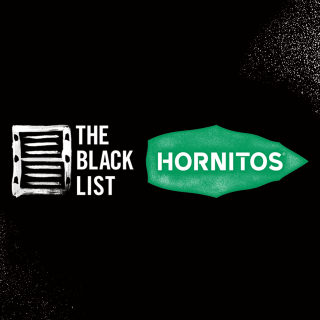 CHICAGO — Hornitos® Tequila, a leading premium tequila brand founded on the belief that nothing great ever happens without taking a chance, and producer and screenwriter hub the Black List today announced the 2021Black List X Hornitos “Take Your Shot” Short Film Program, a unique granting program aimed at supporting and amplifying underrepresented, creative voices in the film industry.

The collaborative short film grant program is a first-of-its-kind program for Hornitos and the Black List, who are joining forces as a continuation of Hornitos’ The Shot Fund – a multi-year, investment platform dedicated to empowering creative entrepreneurs taking shots at trailblazing ventures in their careers. Through this program, Hornitos and the Black List will support five emerging filmmakers in turning their screenplays into proof of concept short films, affording them the initial backing needed to do so — both through funding and mentorship from the Black List.

“Hornitos Tequila has a history of pushing boundaries for the betterment of tequila, and through our partnership with the Black List, we seek to honor that same innovative spirit while spotlighting some of the most overlooked creatives in film,” said Rashidi Hodari, Managing Director of Tequila at Beam Suntory. “It’s a major step for anyone to develop their writing into a visual film, and that bold chance is something Hornitos aims to encourage, celebrate and make possible.”

“We’re thrilled to be partnering with Hornitos on this program,” said Franklin Leonard, Founder of the Black List. “It’s one thing to encourage filmmakers to make a proof of concept short in the hopes of getting financing for a feature, as we all often hear. It’s quite another to give them the financial resources to do so. Now’s the time, filmmakers: Take your shot. There are grants available for five of you so that you can.”

Beginning now and continuing through August 31, 2021, screenwriters 21+ are invited to submit their script to blcklst.com/HornitosTakeYourShot. Up to 20 short-list writers will be notified on September 1, 2021 and invited to submit additional materials. From the short list, five screenwriters will be selected by Hornitos and the Black List on October 1, 2021 to be a part of the 2021 Black List x Hornitos Tequila “Take Your Shot” program. Filmmakers will have until December 31, 2021 to wrap production on their short and until January 31, 2022 to finish post-production and submit the completed film to Hornitos and the Black List. Filmmakers will be provided mentorship from the Black List along the way to turn their creative ambitions into a reality. For all of the details on this program, filmmakers can head to blcklst.com/HornitosTakeYourShot.

Hornitos Tequila’s “The Shot Fund” was inspired by Hornitos own shot-taking history as a tequila brand, along with its track record of enabling change makers from all walks of life, including creators, artists, aspiring entrepreneurs, business owners and fans of the brand. This is further highlighted by the brand’s “A Shot Worth Taking” campaign, which has inspired fans to push boundaries and take chances at achieving something great since its launch in 2017.

About Hornitos® Tequila Hornitos® Tequila has a history of breaking tradition dating back to 1950 when founder Don Francisco launched the brand in honor of Mexican Independence Day. The Hornitos family of tequilas keeps Don Francisco’s legacy alive, using the same high standards to cultivate the best and most flavorful agaves, molding them into premium tequilas that everyone can enjoy. He brought the celebrated spirit to new heights with the agave-robust Reposado, broke the rules to create a crystalline Plata, went above and beyond tequila standards to make an ultra-smooth and aromatic Añejo and pushed the boundaries of tequila innovation with whiskey barrel aged Hornitos® Black Barrel® Tequila and Hornitos Cristalino.

70 years later, Hornitos inspires its fans to adopt the same boundary-pushing mindset through its “A Shot Worth Taking” campaign that highlights the extraordinary things that can happen when people are willing to take a chance. Since the inception of “A Shot Worth Taking” in 2017, Hornitos has empowered fans to take their shot and provided funds and opportunities to make their aspirations achievable.

The Black List, an annual survey of Hollywood executives’ favorite unproduced screenplays, was founded in 2005. Since then, at least 440 Black List scripts have been produced, grossing over $30 billion in box office worldwide. Black List movies have won 54 Academy Awards from 267 nominations, including four of the last twelve Best Picture Oscars and eleven of the last 28 Best Screenplay Oscars.

In October of 2012, the Black List launched a unique online community where screenwriters make their work available to readers, buyers and employers. Since its inception, it has hosted nearly 80,000 screenplays and teleplays and provided more than 130,000 script evaluations. As a direct result of introductions made on the Black List, dozens of writers have found representation at major talent agencies and management companies, as well as sold or optioned their screenplays.

Beam Suntory was created in 2014 by combining the world leader in bourbon and the pioneer in Japanese whisky to form a new company with a deep heritage, passion for quality, innovative spirit and vision of Growing for Good.  Headquartered in Chicago, Illinois, Beam Suntory is a subsidiary of Suntory Holdings Limited of Japan.  For more information on Beam Suntory, its brands, and its commitment to social responsibility, please visit www.beamsuntory.com and www.drinksmart.com.