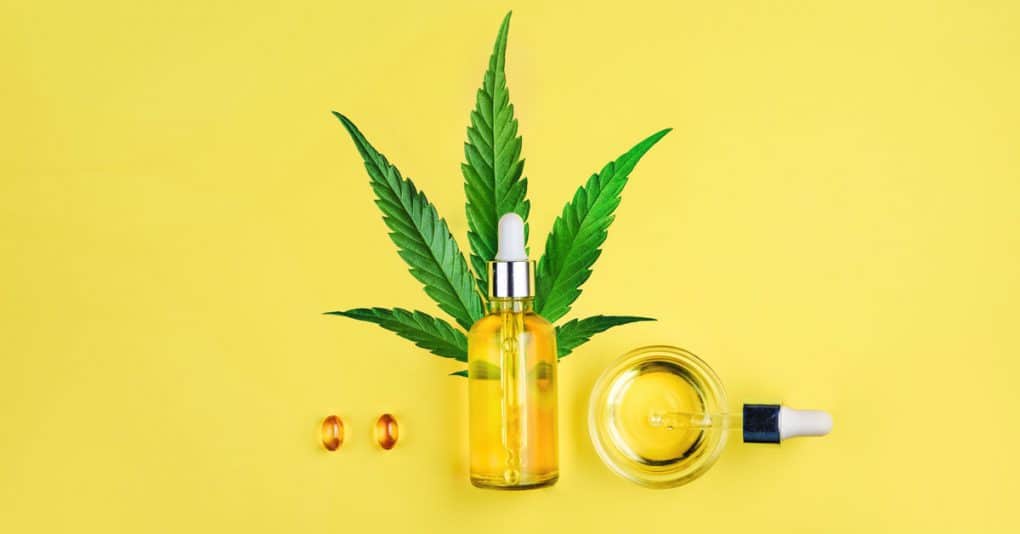 There’s no escaping it: right now, CBD is IN. Offering the medicinal appeal of cannabis without intoxicating effects, CBD is finding its way into absolutely everything. Even after the buzz subsides and the conversation becomes more realistic and nuanced, this cannabinoid is likely to remain a staple of the health and wellness industry. THC’s not going anywhere either, of course. But these are only two of over a hundred cannabinoids that have been discovered so far. Industry pros are starting to look to the horizon for what else this incredible plant has to offer.

CBG (cannabigerol) is sometimes called the “mother cannabinoid” because almost all other cannabinoids start as CBG. Its acid form, CBGA, is the precursor to the three main branches of cannabinoid development. Enzymatic action determines the proportion of CBGA that will become THCA, CBDA, or CBCA, then UV light (a.k.a. heat) transforms them. 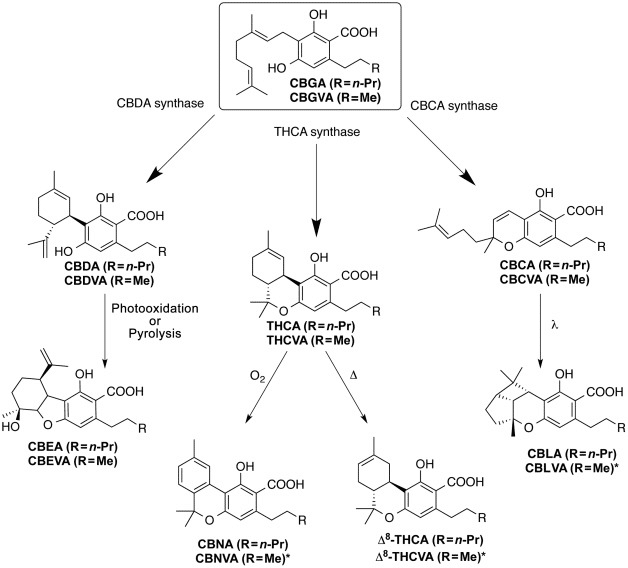 Since more CBG by definition means less THC, breeders have not had much incentive to maximize CBG until very recently (and with cannabinoid synthesis becoming cheaper by the minute, they might not need to). Cannabinoids tend to do a lot of the same things, but CBG appears to offer superior antibacterial, antispasmodic, and vasodilation action, potentially enough that it’s worth selecting for. Could CBG supplant CBD? It’s possible, but more likely it will stand alongside it in the cannabinoid medicine cabinet.

Some growers, however, believe that CBG’s potential lies not in what it does but what it can become. Unlike with THC, the percentage of which determines whether a cannabis plant is a federally prohibited drug, there are no regulations limiting the CBG content of a cannabis plant, and it is easier to breed a high-CBG genotype compared to one that amplifies other minor cannabinoids. Harvesting CBG is easier, too. By adding the appropriate synthase, producers could then transform it into any number of other cannabinoids.

On the other end of the cannabinoid lifecycle is CBN (cannabinol); it is created from the degradation of THC-A, which is caused by exposure to air and UV light. It has gained a reputation as the go-to cannabinoid for sleep. To put it another way, it’s why you get sleepy when you smoke old weed.

CBN is poised for popularity because sleep issues are one of the main points of entry for medicinal or semi-medicinal cannabis use. It may also offer a host of benefits common to cannabinoids such as pain relief, anti-spasticity, and improved cell function. Yet it’s the somnolence that most formulators are after: 5mg of CBN was shown to be equivalent to a 10mg dose of Diazepam in inducing sleep. CBN is also intoxicating, but only mildly, and is especially effective when paired with a moderate dose of THC.

There are a scant few products on the market that advertise high-CBN, which in this case means a ratio above 1mg CBN for every 10mg of other cannabinoids. Tinctures are a natural form factor given their speed of onset and relatively long duration (though they are still not as long-lasting as an edible). If you’re the sort of consumer who struggles to fall asleep but not to stay asleep, CBN could be a great option.

THC-V (tetrahydrocannabivarin) is the flashiest up-and-coming cannabinoid. We’ve known about it since 1970, but only recently did it stand out from the crowd. It’s being called the diet cannabinoid or “skinny weed,” because it was shown to reduce appetite and weight in rats. It does this by suppressing the activity of the CB1 receptor. (THC and CBG, by contrast, are appetite stimulants because they are CB1 agonists). THC-V, like CBD administered with correct timing, acts as a THC ballast. It can also improve insulin resistance, which makes it promising for diabetes treatments.

Additionally, THC-V offers a short-duration, clear and focused high (most likely) at sufficient dosages. From what little research we have, dosage seems key for all of its effects. Insulin resistance improvement and weight loss occurred at a daily dosage of 3mg/kg of body weight in mice, which would translate to over 200 milligrams for an average-sized adult. Right now that’s a tough mark to hit, but in the future market demands may offer potency at that level, or we may find the minimum effective dose in humans to be quite different.

Like other weight-loss supplements, THC-V is unlikely to be a panacea. Its appetite-moderating effects may stem in part from reducing the pleasure derived from eating. It did not reduce food consumption in rats who were truly hungry, nor did it influence obese rats to lose weight. It is more appropriately viewed as a supporting player in the cannabis pharmacy.

If you love CBD for its non-intoxicating therapeutic effects, you might want to check out THC-A (tetrahydrocannabinolic acid). THC-A is the acid form of THC, how it looks before the application of heat (decarboxylation). This cannabinoid is emblematic of the minimal-processing, whole medicine approach that is gaining increasing traction in the cannabis space. Research indicates it is a very powerful anti-inflammatory, even among cannabinoids. It has also demonstrated neuroprotective and anti-cancer effects. Large dosages can be taken without fear of inebriation, a major hurdle that THC faces. THC-A is already popular in medical circles, where it is derived by juicing fresh or frozen cannabis fan leaves. Devotees extrapolate that since other foods retain broader nutritional profiles in their fresh state, cannabis must do the same. It’s a keen argument. The recent popularity of live resin, an extraction done without first drying and curing the flowers, speaks to its commercial potential.

Even huge CBD fans can recognize our cultural infatuation with the cannabinoid for the trend that it is. Eventually we will have to move away from the fad mindset. As stigma around cannabis relaxes and consumers become more comfortable with cannabis overall, they will become more educated and discerning in their preferences. The long arc is one of diversified cannabinoids, terpenes, and flavonoids, likely in combination with other bioactives. Many cannabinoids do similar things, because they are chemically similar. Certainly there are particular effects that are more pronounced in particular cannabinoids, but it would be a mistake to say that there is one cannabinoid that induces sleep and another that improves appetite. They are meant to work together.