Do you work for this company?
Claim this Company Listing 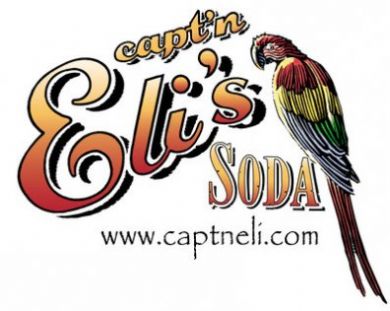 In the early 1920's, the Forsley family started a fun tradition of making homemade root beer. As a boy, young Eli Forsley pilfered root beer from his father's basement supply, gave some to his close friends and sold the rest around the neighborhood. An entrepreneur was born!

When Eli grew up, he was known as Dr. Eli Forsley and, in his time was that and more. He joined the U.S. Nave and served in the Pacific during World War II. After the war, he earned his master's degree in social work and a doctorate of education and became a pioneer in providing the mentally ill and disabled veterans a home where they could be a part of the community.

During this time, Eli met Agnes--the love of his life. The moved to Gray, Maine and had five children of their own. True to his roots, Eli continued the Forsley family tradition of making root beer in the basement. Stories are still told today about his famous root beer! Dr. Eli Forsley was a remarkable and memorable man. We're proud to say that his spirit of fun lives on today in Capt'n Eli's Soda.

Fred started a family of his own and, with the encouragement of his Mother, decided to bring the Forsley's famous root beer to the rest of the world. In 1996, the family tradition continued--this time in a keg, serv,e,d ic cold on tap at Federal Jack's. No on knew exactly what to name this special recipe until one day "Capt'n Eli" was suggested and it stuck.

The popularity of Capt'n Eli's Root Beer grew and, in 2002, Fred and Alan decided to bottle it. The soda label was developed by Chris Hadden and illustrator Bruce Hutchinson. Soon New Gloucester, Maine native Scott Doyle joined the crew as brand manager and a recipe for success was created! In the first year, they sold over 5,000 cases of root beer in Maine alone. Sweet success was on the way!

Next stop: a comic book to help promote the brand. That's right, Capt'n Eli's is the only soda in the world to have inspired a graphic novel adventure story--The Undersea Adventures of Capt'n Eli, written and illustrated by Jay Piscopo. Look for it at your favorite store or library!

You're in for a treat! Today, Capt'n Eli's Soda has grown to include a full line of flavors-all caffeine free and all made with natural cane and brown sugars. This Maine made soda line is handcrafted at Shipyard Brewing Company in Portland, Maine and distributed in key markets around the United States.

This company has not yet provided details regarding the company's capabilities.