BevNET Live will feature the founder/CEOs of two of the most interesting emerging brands in the beverage scene as part of its program on June 4 and 5 at the Metropolitan Pavilion in Manhattan.

Harmless Harvest and Mamma Chia have both quickly surfaced in the past year to become two of the fastest growing brands in the natural channel, and their stories are laden with insights about the alchemy of brands that are able to break out of the pack through unique technologies, ingredients, and values.

Harmless Harvest, which has risen to prominence on its brand of high-pressure pasteurized raw coconut water, recently ended an exclusive arrangement with Whole Foods and has begun a broad push into other retail accounts nationwide. The company was started in 2009 by a pair of friends, Justin Guilbert and Douglas Riboud, who were interested in taking their corporate experiences and applying them to growing a company committed to “positive consumerism and natural capitalism.”

Since that time, the brand has drawn attention in the media and in the trade, particularly through its high-profile presence in the New York market. The pair will discuss how they maintain strategic objectives as their company grows and how they maintain their company’s integrity during a time of great change. 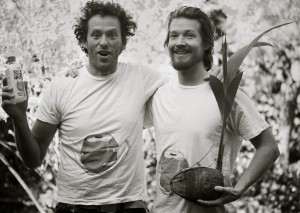 Since launching Mamma Chia in October, 2010, Janie Hoffman, the company’s  CEO and founder, has found her product in stores across the country and has received numerous awards, including BevNET’s Best Non-Carbonated Beverage of 2011.

The company’s success has helped turn the chia seed – once a fairly obscure health food — into an accepted beverage ingredient, introducing thousands of new consumers to its nutritional benefits. 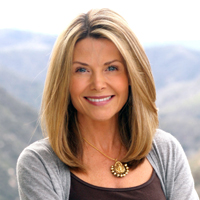 Hoffman, an organic farmer, has worked to maintain the company’s organic and social mission intact as it has grown. She will talk about helping to create and grow a fast-evolving category like chia while maintaining those priorities, as well as how she has managed to steer the company’s growth even as demand has accelerated.

BevNET Live’s June 2012 New York City event will be held at the Metropolitan Pavilion in Manhattan on June 4 and 5. Early Bird tickets are available through April 15. BevNET Live is a two-day forum for beverage entrepreneurs, suppliers, distributors, retailers and investors to gather, speak, exchange ideas through interactive panels and lectures, and enhance their marketing and product development strategies through our Beverage School. Attendees can tap the expertise of investment professionals who can help groom them to attract money, business owners with inspiring success stories, and the BevNET.com community, which has spent a decade dedicating itself to careful reporting on the fast-moving beverage industry.

Janie Hoffman is the CEO and founder of Mamma Chia – the first-to-market, organic chia seed beverage company. Janie is the creator of the initial formulations and the visionary for the brand. She holds a BS in Marketing and has held management positions in manufacturing of consumer products and was a speaker/facilitator on consciousness and effective leadership in the US & Asia.

Mamma Chia’s mission is to share the magic of chia and lead in its renaissance. The company is dedicated to offering the highest quality organic chia-based foods and beverages that provide vitality, energy and strength. Mamma Chia is a conscious and sustainable company that honors and uplifts both the soul of humanity and the soul of the planet.

Mamma Chia is a founding member of the Slow Money Alliance, a Certified B Corporation, and a member of 1% For the Planet. Mamma Chia donates 1% of gross sales to support farmers, community groups and organizations that are building healthy, local food systems. The company is building cooperative relationships with chia growers and is committed to supporting their organic certification, social justice programs and overall community growth. Janie and her husband, Lance, enjoy growing Hass avocados and pineapple guavas on their small farm in rural San Diego.

About Justin Guilbert and Douglas Riboud

Douglas and Justin, both 34 years old, met in New York in their college years and together began thinking about progressive business models during their MBA at INSEAD in France. In 2008, they both quit their jobs; at that time Douglas was a vice president of M&A with Lazard Freres in NY, and Justin was a director of marketing at l’Oreal responsible for Garnier and Maybelline for ten western European countries.

In 2009, they created Harmless Harvest with a mission to leverage their corporate experiences in a positive consumerism and natural capitalism setting. Two and a half years later, they launched their first product: 100% raw & organic coconut water. They consider the fast growth of this product to be encouraging proof that mainstream success can be achieved by a radically progressive marketing-free company without having to compromise on its social, environmental and economic values.

Douglas sits on the advisory board of Planet Finance US, a leading international NGO with a mission to alleviate poverty through microfinance. He’s an extreme sports enthusiast, having been on the French National ski team in his teens, and is now an avid snowboarder and kitesurfer.

Justin is a convinced deep ecologist and believes in a harmonious systemic shift toward an ecocentric culture. He founded his high school’s ecology club in 1989, started his career working for Goldman Sachs in M&A, founded and sold a software company in the late 90’s, and dedicates his free time to scuba diving and birdwatching.