BevNET is pleased to announce that BevNET Live’s second day will feature a rare industry discussion with two of the most important executives in the energy drink business, Joey Cannata and Jason May — respectively, the EVP of Sales and Distribution and the EVP of Marketing for Rockstar Energy Drink.

A billion-dollar brand, Rockstar is one of the three key independent brands that launched and continue to dominate the energy drink category — the most talked about, fastest growing part of the beverage industry, and a category that is the embodiment of the realized potential that beverage entrepreneurs believe lies within all of their brands. 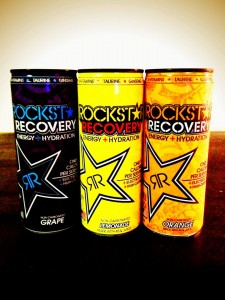 Cannata and May have been with Rockstar from the product’s initial launch in 2001, and their continued work with the company is indicative of the brand’s ability to “keep it real” for its consumers and staff alike. After nearly a dozen years, Rockstar remains the only major energy drink company that has not hired outside sales and branding executives for top positions. The company uses neither focus groups nor agencies, but continues to maintain its hold on its core consumers and expand to take on the new ones needed to continue its growth.

The talk from Cannata and May will offer the Rockstar story as a case study to explain how the company has managed to remain authentic even as its young crew of entrepreneurs, its brand, its consumers, and its route to market have all matured. From a sales perspective, the pair will discuss the ways the brand has managed to keep growing while migrating through three distribution networks and competing against two other highly successful brands. From the marketing side, the pair will explain how Rockstar’s company culture combines with its insights into its consumer base to help guide key innovations that have kept the brand vibrant.

For the attendees of BevNET Live — entrepreneurs and the people who work with them — Rockstar Energy, while edgy in attitude and brand, in many ways represents the kind of close-knit, lasting organization they are trying to build. May and Cannata, in their talk and in the discussion that follows, will offer the history behind the brand and the various methods they have used to keep Rockstar at the top of the charts.

A graduate of San Diego State University, Jason began his career in product design for a manufacturer of skateboards and accessories in San Diego, Calif. His first role in the beverage industry was as the Point-of-Sale Manager for San Francisco based SKYY Vodka, and he later moved into a product development role for SKYY Spirits. While working at SKYY, Jason became friends with Russ Weiner, who was driven to create Rockstar as a competitive product to Red Bull. Jason worked with Russ on the development and positioning of the Rockstar brand, and now holds the role of Executive Vice President – Marketing for Rockstar, Inc. Jason is married, lives in Los Angeles, Calif., and listens to Slayer.

A graduate of Saint Mary’s College of Moraga, Joey Cannata, Rockstar’s EVP of Sales and Marketing, was involved in public relations, politics, and the film and television industry prior to joining Rockstar, Inc. in 2001. Joey managed various political campaigns, organized large entertainment events and was part of the production staff on various commercials, television programs and motion picture films. Along with Russ Weiner, Joey was instrumental in establishing a national distribution footprint for Rockstar Energy Drink, and forming many of the initial partnerships with national and regional retail customers throughout the United States and Canada. Joey is married with three children and resides in San Francisco, Calif.

BevNET Live’s Winter 2012 event will be held at the Loews Santa Monica Beach Hotel in California on Dec. 3 and 4. BevNET Live is a two-day forum for beverage entrepreneurs, suppliers, distributors, retailers and investors to gather, speak, exchange ideas through interactive panels and lectures, and enhance their marketing and product development strategies through our Beverage School. Attendees can tap the expertise of investment professionals who can help groom them to attract money, business owners with inspiring success stories, and the BevNET.com community, which has spent a decade dedicating itself to careful reporting on the fast-moving beverage industry. More information and registration information.