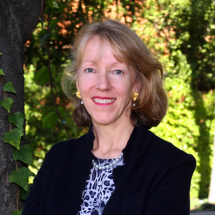 Take it from a big company survivor – the big companies are vulnerable.

So says Rosemary Ripley, a Managing Director of investment fund NGEN, who until 2005 was responsible for expansion for huge consumer-focused entities like Altria, Kraft Foods and Miller Brewing.

During BevNET Live in Santa Monica, Ms. Ripley will offer “Tales from an Insider,” a unique talk about a valuable set of best practices to adopt as young growth companies look to grow into larger ventures – and hopefully avoid the mistakes of their predecessors.

Ms. Ripley’s discussion originates from the experiences of an executive who had an insider’s seat during the turmoil of the largest titans of the tobacco industry – an experience that she believes has parallel characteristics to some of the ongoing struggles for growth of the soda and food giants.

But knowing a decline is coming is not the same as being prepared to take advantage when it finally does – and that’s why Ms. Ripley will be talking about the right moves food and beverage entrepreneurs can make to take advantage of the overall declines of the big companies. What’s the payout for those companies who execute properly? Investment from forward-focused funds like NGEN, which has made bets on companies like the fast-growing stevia-based soda company Zevia as part of its portfolio.

Stretching the bounds of a simple talk on gaining investment, Ms. Ripley will give BevNET Live’s stable of entrepreneurs an understanding of what maturing companies should do to remain innovative and consumer-focused.

BevNET Live Santa Monica will be held on Dec. 9 and 10 at the Loews Beach Hotel. It is a two-day conference for beverage entrepreneurs, suppliers, distributors, retailers and investors to gather, speak, exchange ideas through interactive panels and lectures, and enhance their marketing and product development strategies through our Beverage School. Attendees can tap the expertise of investment professionals who can help groom them to attract money, business owners with inspiring success stories, and the BevNET.com community, which has spent a decade dedicating itself to careful reporting on the fast-moving beverage industry. More than just a conference, BevNET LIVE includes networking options including the BevNET LIVE Expo, beverage breaks, cocktail receptions and more.

Rosemary L. Ripley is a Managing Director of NGEN.   Rosemary spends much of her time at NGEN at the intersection of health and sustainability.  She currently sits on the boards of MokaFive, nlyte, Zevia, Bare Snacks and Two Moms in the Raw.

Rosemary spent roughly 20 years in the consumer packaged goods, branding and technology industries as well as in strategic planning, acquisitions and public and private market transactions. Responsible for Corporate Business Development worldwide at Altria Group (previously Philip Morris Companies) from 1990-2005, her primary role was to help accelerate growth at Kraft Foods and Miller Brewing Company.  Rosemary helped spearhead and execute numerous expansionary growth plans for Kraft. She led teams that invested heavily in Central and Eastern Europe, Latin America and Asia and transformed Kraft Foods with the $19 billion acquisition of Nabisco and subsequent $8.5 billion initial public offering. Rosemary also initiated and helped develop the strategy and led the transformation of Miller Brewing Company from a domestic business to part of an international enterprise with the merger with South African Breweries.

Prior to joining Altria, Rosemary was a Managing Director at Furman Selz, responsible for the Retail and Consumer Group, and prior to that was a senior investment banker at L.F. Rothschild, Unterberg, Towbin where she financed numerous small and mid-size technology companies and made venture investments. Previously, she worked for Senator Daniel Patrick Moynihan where she supported the Senator’s work on the Committee for Environment and Public Works.