BevNET is delighted to announce that Rohan Oza will deliver a keynote presentation on Tuesday, June 5 as part of BevNET Live in Manhattan.

Oza’s high-energy presentation will focus on how beverage entrepreneurs can deploy creative disruption as a technique to build their lifestyle brands. Oza will offer insights into the key cultural trends that are affecting beverage marketing and product development and offer methods for the BevNET Live audience to formulate strategy around those trends. 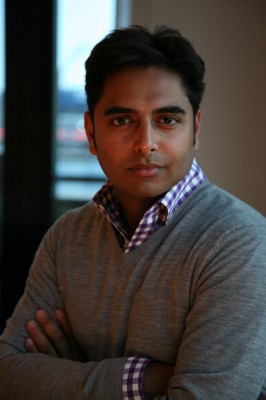 Oza earned his reputation as one of the most innovative marketing executives working today by helping use creative disruption to facilitate the growth of Vitaminwater. He pioneered its association with celebrity and athlete investors, an arrangement that created a genuine connection to the brand that rose far beyond traditional representational arrangements. He also applied a hands-on sampling and brand ambassador strategy that allowed Vitaminwater offerings to quickly penetrate new regions and ramp up product demand.

A former Coca-Cola Co. and M&M Mars executive, Oza returned to Coca-Cola Co. after that company’s $4.1 billion purchase of Glaceau in 2007.
Since leaving Glaceau, Oza has become an in-demand speaker, consultant and investor in some of the world’s most interesting and innovative brands, including the beverage companies Vita Coco and Bai and the snack company PopChips, as well as the Flywheel Sports chain of spinning studios.

BevNET Live’s June 2012 New York City event will be held at the Metropolitan Pavilion in Manhattan on June 4 and 5. BevNET Live is a two-day forum for beverage entrepreneurs, suppliers, distributors, retailers and investors to gather, speak, exchange ideas through interactive panels and lectures, and enhance their marketing and product development strategies through our Beverage School. Attendees can tap the expertise of investment professionals who can help groom them to attract money, business owners with inspiring success stories, and the BevNET.com community, which has spent a decade dedicating itself to careful reporting on the fast-moving beverage industry.

Register Now for BevNET Live — Seats are filling up fast.

Rohan is originally Indian, was born and raised in Zambia and was educated in the U.K. at Harrow School and Nottingham University. He came to the U.S. where he received his MBA from the University of Michigan. Rohan began his career as a manufacturing manager at Mars M&M where he was recruited at the age of 20 as the youngest manager to run Snickers, the second largest product line in Europe.

His first big career move was to The Coca-Cola Company where he ended up leading the Sprite brand to the number one brand for youth and african-american consumers. Rohan went on to manage the then declining POWERADE brand to three straight years of brand growth with the creation of break through designs, partnerships and advertising campaigns. In 2002, he was featured on the cover of Brandweek as one of their “top ten marketers” in the country and was featured on CNN as one of Coke’s fastest rising stars.

Rohan left Coke to become a partner in a fledgling beverage company called glaceau where he built the power house brands vitaminwater and smartwater through innovative marketing programs and creative partnerships with celebrities like 50 Cent, Jennifer Aniston, Lebron James, Kobe Bryant, Tom Brady, Venus Williams and Alicia Keys. Rohan’s career came full circle when the Coca-Cola Company purchased glacéau for $4.1 billion and Rohan was appointed as the Chief Marketing Officer across all of Coke still brands.

Rohan subsequently went on to form Idea Merchants Capital, his platform for investing and building iconic brands. His latest ventures include popchips, the fastest growing snack in the country, and vitacoco the most exciting brand in beverages today. Following the model that he pioneered with 50cent and vitaminwater, Rohan has been instrumental in several celebrity investment deals for both popchips (Ashton Kutcher, Kim Kardashian and Heidi Klum) and vitacoco (Madonna and Rhianna)

In 2003 Rohan was featured on the cover of Beverage Industry, in 2007 he was featured in Crain’s “40 under 40” list, in 2008 presented with Ad Age’s “marketing 50” award and he was also named to Sports Business Journal’s “Forty Under 40” list in 2008 and 2009. Rohan has also been quoted extensively in the Wall Street Journal, New York Times and USA Today for his expertise in marketing and building iconic brands.