Hey, it’s L.A., ain’t it? What’s L.A. without a star? Especially a star who’s also an investor in a fast-growing beverage brand — and a major creative and commercial force in his own right.

That’s why BevNET is delighted to announce that actor, producer, and AQUAHydrate board member Mark Wahlberg will help kick off the two-day BevNET Live event with an exclusive discussion of the key methods for leveraging celebrity investment and involvement with beverage brands. 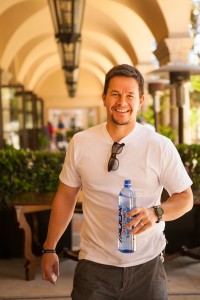 Wahlberg, who has been a significant shareholder of AQUAHydrate for four years, has been involved with the brand not just as an endorser but as a participant in the brand’s relaunch; he has also helped on the ground, legging out visits to retailers and distributors to try to build energy behind AQUAHydrate’s sales efforts.

In an era in which brands and celebrities are in constant dalliance, Wahlberg’s example will map out for BevNET Live attendees a new model of star power — an evolution that transcends hiring them as the face of a brand and has morphed into a relationship in which the celebrities’ skills and talents, as well as their considerable financial and social capital, are employed at a genetic level.

Wahlberg’s appearance will be at 9:05 a.m. on Monday, Dec. 3, as part of the official start of BevNET Live. To accommodate the slightly earlier start time, the beginning of Monday morning’s New Beverage Showdown IV semifinal will be moved up to 7:15 a.m. from 7:45 a.m. The late change to the agenda reflects the uniqueness of the opportunity — an opportunity for which just a few seats remain, so sign up as soon as possible.

Mark Wahlberg is an Academy Award-nominated actor and producer for his work in The Fighter and The Departed. He has produced several films and television shows such as Boardwalk Empire (for which he won a Golden Globe) and Entourage.
Born and raised in Boston, Mark is a committed philanthropist and started The Mark Wahlberg Youth Foundation in 2001 to benefit inner city children and teens. He currently lives in Los Angeles with his wife and four children.