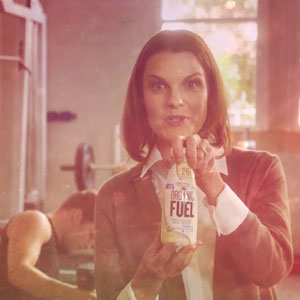 Organic Valley "Save the Bros"

“Save the Bros” just plain made us laugh, of course, but there’s more behind this award than just a good tagline. It’s a very pointed attempt by Organic Valley to make a grab for mainstream protein consumers, and a surprising – and insightful – move from an organic brand that is trying to extend beyond the natural channel. Organic Valley forcefully avoided the trap that brands that are leaving incubation channels rely on far too much: let’s face it, wholesome and crunchier-than-thou can easily turn off a whole set of consumers, especially the Bros. But this one used all the elements of a 360-degree brand, with an initial media and billboard buy, as well as a long-range social media plan that continued to focus on consumer acquisition and has led to long-term recognition. Smarter than your average bro, indeed.